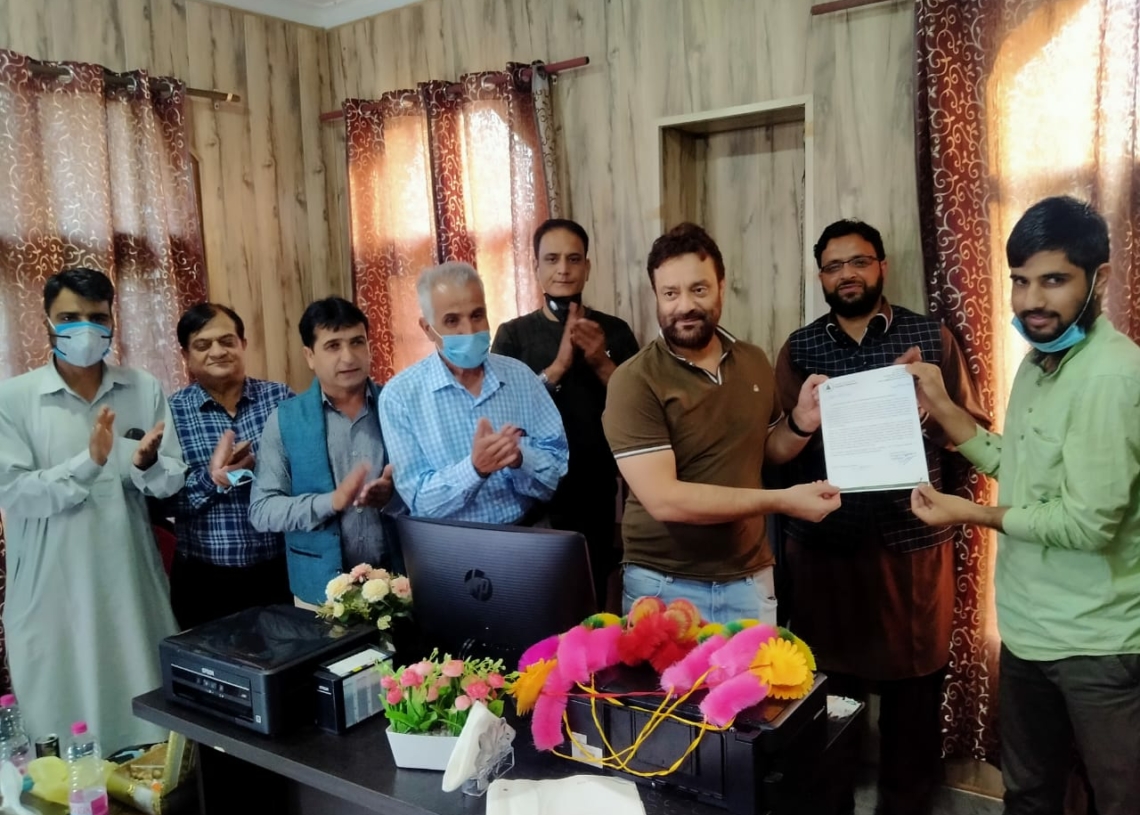 Srinagar: Jammu and Kashmir Peoples movement (JKPM) has elected the former cabinet minister Javed Mustafa Mir as the new president of the party.

Shah Faesal and Javed Mustafa Mir had earlier resigned from the party presidency and chairmanship respectively.

Shah Faesal, the 37 year-old bureaucrat-turned politician on August 9 removed the party tag from his bio on twitter, giving rise to speculation that he could rejoin the administration back or pursue higher studies.

Faesal had founded JKPM in March 2019.

JKPM in a statement on Saturday said: “The state executive committee has met for the second time after the media reported the resignation of Dr. Shah Faesal from the party presidency and unanimously elected Javed Mustafa Mir as the new party President.”

The statement read Mir “reconsidered his resignation taking in view the welfare of the party and the people of Jammu and Kashmir.”

The post of president was vacant after the resignation of Shah Faesal.

According to the statement, the state executive constituted by the then president comprised of 24 members.

In due course of time five members resigned leaving behind only 19 members in the executive body of which 13 elected Javed Mustafa Mir as the new party president.

However, soon after Shah Faesal dropped the JKPM President tag from his bio on social media, a statement was issued by the Peoples Movement that reads that after Faesal had stepped down as party president and vice president Feroze Peerzada had been appointed to replace him.