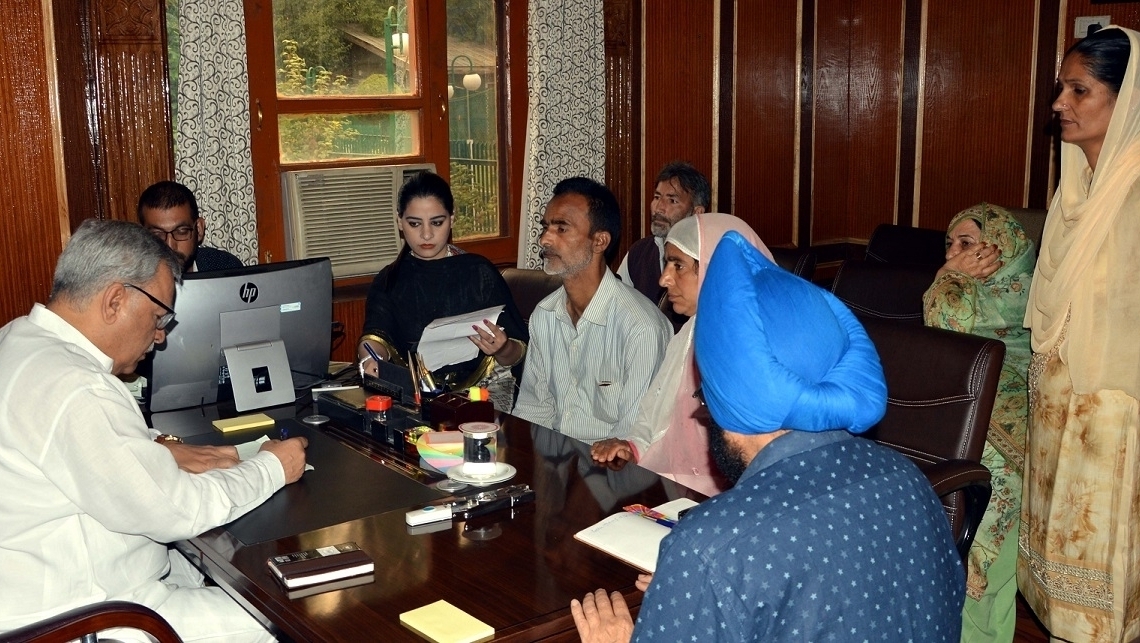 SRINAGAR, AUGUST 30: Advisor to Governor, Farooq Khan today said that the Government is going to advertise 50,000 posts in various departments which will cater to needs of youth

Advisor made these remarks during his interaction with various public delegations who had called on him here to apprise him about their grievances and issues.

More than 10 deputations and 20 individuals called on the Advisor and sought redressal of their grievances and issues faced by them.

Likewise, a delegation of Social Welfare Board sought release of balance grant in favour of NGO’s Coordination Federation.

A representative of Khanam’s Hospital sought restoration of their Landline services. While as Khanam’s Charitable Trust sought permission for starting of vocational educational courses.

A deputation of contractual teachers sought regularization/ extension of their services.

Various individuals from different departments including Rural Development Department, Health, Revenue, and Education interacted and apprised him of their issues and sought immediate redressal for the same.

While listening to the grievances, the Advisor directed the concerned officers to look into the various issues in a time-bound manner