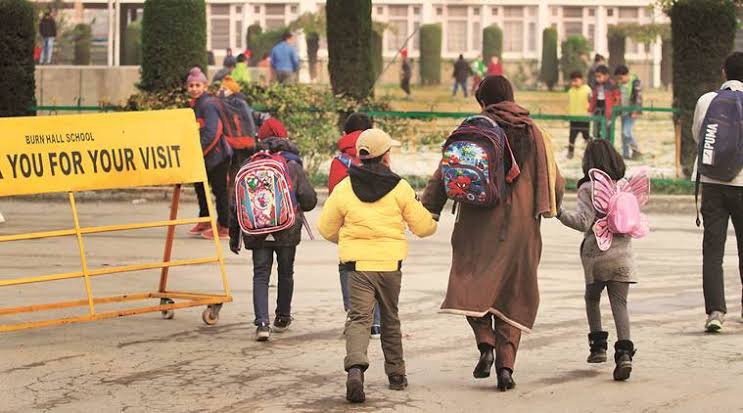 Srinagar: After an uproar over the transport charges hike, senior government officials and representatives of schools and parents’ bodies met the Fixation and Regulation of Fee of Private Schools Committee (FFRC) to discuss the issue.

Stakeholders, who attended Saturday’s meeting, said they were assured that a final decision on fixing transport charges will be announced soon.

“We were assured that the FFRC will issue an order very soon. We also submitted our bus fee proposal where we suggested what the monthly transport charges should be. We drafted the proposal after calculating all aspects including the salary of drivers and conductors, GPS installation, scrapping policy, etc. We were assured that injustice will not be done,” Parents of Private School Association Kashmir  (PAPSK) spokesman Muhammad Suhail Dar told The Kashmir Monitor after the meeting.

“The committee consisting of Principal Secretary Education,  J&K FFRC chairman, Director School Education, and secretary JKBOSE  assured us that justice will be done to parents and a reasonable bus fee will be fixed at the earliest. We are expecting the bus fee order very soon and we have full faith in the decisions of the committee,” he added.

Earlier in March, the Private Schools Association of Jammu and Kashmir (PSAJK) had stirred a hornet’s nest by issuing a rate card for buses and vans that fetch children. Despite clear orders from the concerned authorities that the schools cannot fix fares on their own, the PSAJK statement not only fixed rates but also stated that it would charge 50 percent fare during vacations and other off periods as well.

“So it was decided to fix the rates for school buses and put the anxiety of both parents and school administration to rest. The rates for 0-5 km distance have been fixed at ₹ 1950 per month and 5-10 km at ₹2450 per month and every additional km should pay an additional ₹45 per km. All schools have been directed to charge only 50 % during off periods extending to one month or more. Furthermore, there will be only a 50% transportation fee during the non-operational period/winter vacations,” the PSAJK statement had said.

However, the FFRC had later intervened and allowed transporters to hike fees by 12 percent. However, the FFRC order had maintained it was a temporary measure only and that it would come up with a final decision.

“….that as a temporary measure and till such time a final decision is taken and Final orders issued, the school managements shall make 12% hike on transport fee which was being paid by the students availing transport facility, in Oct -2019 in winter zone and Feb- 2020 in summer zone. It was also resolved that no private school shall seek any undertaking from parents/students for advance Tuition fee and Transport fee, the practice being illegal and shall not be allowed,” the FFRC order had then stated.