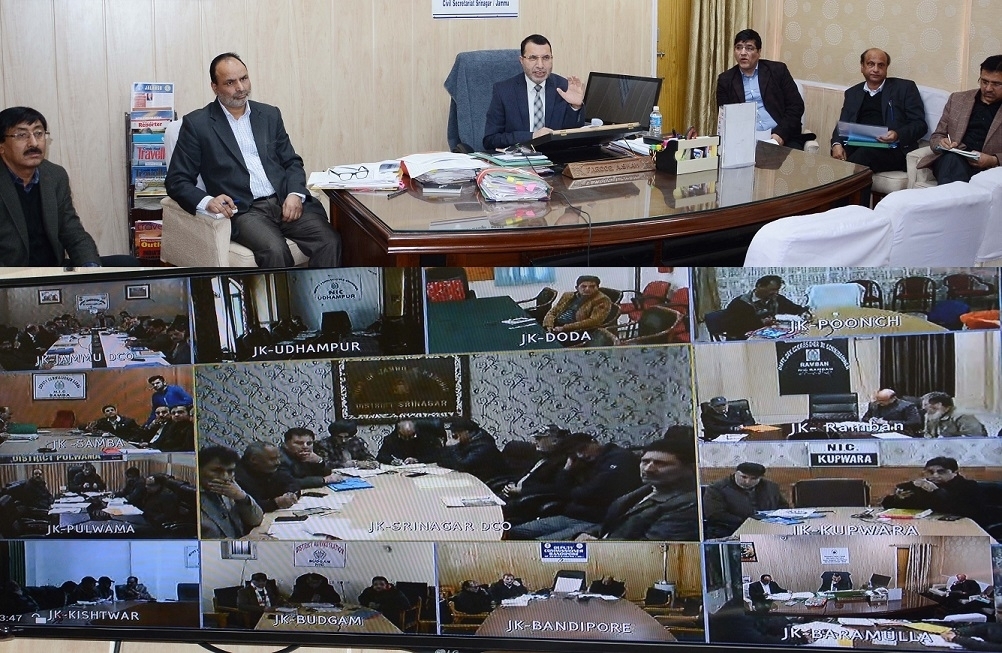 JAMMU, DEC 19: Secretary, Public Health Engineering (PHE), Irrigation and Flood Control (I&FC) and DMRRR, Farooq Ahmad Shah today said that government is committed to provide safe drinking water and irrigation facilities to the people living in every nook and corner of the state for which all languishing PHE and Irrigation projects would be completed in one-year time.

Chairing a meeting attended by many Engineers of PHE, I&FC departments of the State through video conference, he took detailed review of the pace of progress on each languishing project, mostly water supply schemes.

The meeting was briefed about the progress on various ongoing schemes being executed in the State. It was informed that High Powered Committee has approved 594 languishing projects of PHE at a cost of Rs.1017 crore and 76 irrigation projects at a cost of Rs.189 crore.

Farooq Shah directed the concerned officers to complete these schemes by October 2019. He also directed the engineers to provide the list of remaining unfunded projects immediately so that same is submitted to Finance department for seeking funds.

Shah stressed upon the concerned officers to conduct regular site visits to stay well versed with the ground level situation and impending issues of their departments. He instructed them to speed up the pace of work on all ongoing projects for their early completion. He also directed officers/officials not to go on leave without seeking permission from competent authority.

Referring to the complaints with regard to problem of drinking water shortage in various areas of the state, Shah directed the PHE department to take pro-active measures to address the problem.  He also directed concerned officials to install hand pumps and tube wells in water-scarce areas besides making available water tankers.