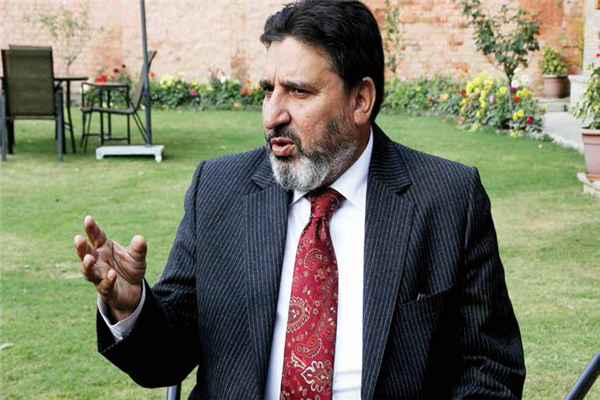 SRINAGAR, March 10: Jammu Kashmir Apni Party (JKAP) President Syed Mohammad Altaf Bukhari on Tuesday took a strong exception to the priorities of Union Territory Government saying that instead of rechristening names of roads and buildings, the focus should have been on addressing the issues and sufferings of people.

Referring to the decision of Jammu and Kashmir administration, by virtue of which, it dropped “Sher-i-Kashmir”, from the title of government owned convention centre ‘Sher-i-Kashmir International Conference Centre’ and renamed it as Kashmir International Conference Centre, Bukhari said that by changing names of landmarks, the priorities of the government seem less rapt about the day-to-day difficulties faced by the people especially the unemployed youth of Jammu and Kashmir.

“It is highly unfortunate that the present dispensation in Union Territory of Jammu and Kashmir has started indulging in selective tokenism, with its administration not able to grapple with the complexities and challenges of governance,” Bukhari remarked.

He said that instead of focussing on public welfare measures and addressing issues of basic amnesties the government has restored to kind of  chicanery in order to cover up for its ineptitude and mal-governance.

“Thousands of youth who appeared in JK Bank examination and lost two precious years because of an arbitrary decision of J&K government are craving for simple attention. Similarly, thousands of daily wagers, contractual lecturers, ITI trained labourers, daily rated workers and other causal labourers have been left with no option but to go for strike and protests,” Bukhari said, adding that instead of listening to them the UT government has left these important sections of the society to the mercy of ruthless policing.

He said changing names of roads, tunnels and buildings can to an extent plough a polarised terrain to fulfil the political motives and satisfy the ego of few persons but this renaming frenzy provides no solution to the unending sufferings of the people.

“Rather than expending on renaming the sign boards of buildings, historical roads and tunnels, the government could have explored the means to release pending salaries of daily wagers in Jammu and Kashmir,” the president of JKAP observed.