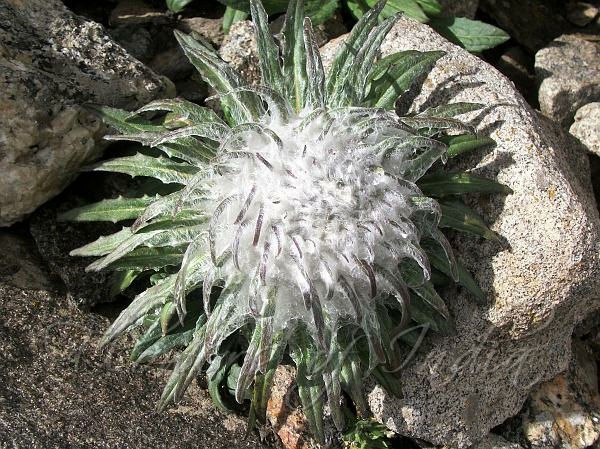 The documentation of a rare herb ‘Jogi Padshah’ (Saussurea gossypiphora)’ in the upper reaches of Sonmarg on the Kashmir-Ladakh axis has interested the tour operators dealing with niche foreign tourists including those from Europe and the Middle-east. While a specific botanical tour of a delegation from England was conducted in 2019, stakeholders say botanical tourism had immense potential in Kashmir.

“Jogi Padshah is rare to sight as it grows between an altitude of 4300 metres and 5600 metres. It is also used in traditional Chinese medicines and is reputed to have medicinal properties. In Kashmir, it is said to bring good luck and cure ailments and lots of myths surrounding the herb. Though people have seen it before, the J&K Mountaineering and Hiking Club had recently documented ‘Jogi Padshah’ and now niche tourists abroad are eager to visit Kashmir on botanical tours,” said Showkat Baba, Business Development Manager of ‘Indus Discoveries’.

He said they had a specific package for botanical tourism and tourists in the United Kingdom were willing to come here once the Covid protocols eased.

“A team from England had come here in 2019 for a botanical tour. They were impressed and more teams wanted to come before Covid played spoilsport. There is a lot of scope and we are planning to bring more foreign tourists on botanical tours,” said Baba.

“We design the tour itinerary according to the needs of the tourists. We consult local experts that are well versed with the flora and fauna of the region. For example, herbs like ‘Jogi Padshah’ grow at high altitudes and at a certain time of the year. If a team wants to search for it, they will have to come in August-September and we will have to consult experienced mountaineers. Otherwise, we consult experts or professors of Valley-based universities or institutions,” he added.

Aga Arham, who conducts botanical tours in Kashmir, said the sector remained untapped but had the potential of attracting a large number of niche tourists.

“I accompanied the South London Botanical Institute (SLBI) from England in 2019 to the Mughal gardens where they looked for remnants of the Mughal era and later we went to Dachigam and higher altitude of Gulmarg. It was a four-day tour and they were impressed with the flora and fauna and even took samples,” he said.

“Later, more groups wanted to come on specific botanical tours as we have a treasure trove of rare herbs and plants that are waiting to be discovered. I am hopeful once the Covid restrictions ease-out, lots of foreign teams will come here for botanical or garden tourism. However, the government too needs to promote Kashmir as a botanical tourism destination.”