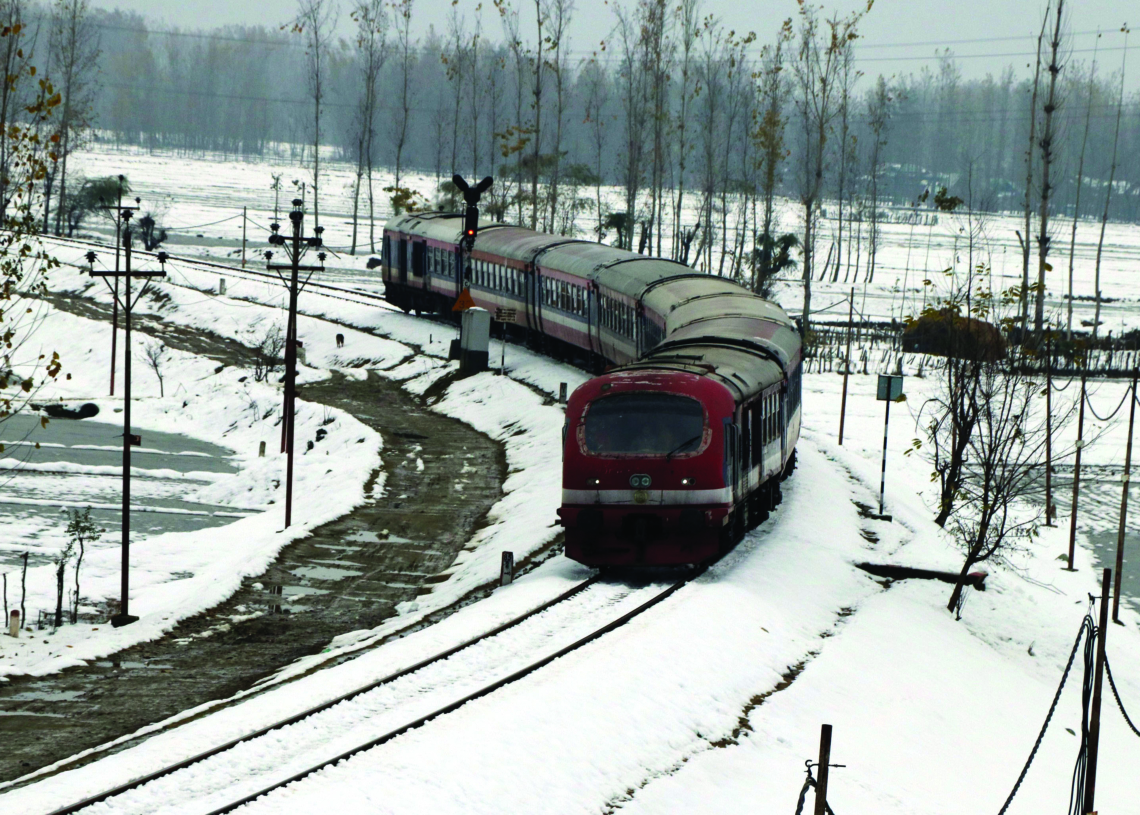 Srinagar, Nov 12: Rail services in Kashmir resumed on Tuesday – over three months after being suspended due to security reasons in view of the Centre’s decision to abrogate Article 370, officials said.

Few mini-buses also plied on the Batwara-Batamaloo route through the city centre, while inter-district cabs and auto-rickshaws plied in the city and elsewhere in the valley.

A railway official told PTI that a train chugged between Baramulla and Srinagar this morning.

He said the train made only two trips on the Baramulla-Srinagar stretch as authorities have directed Railways to ply trains between 10 am and 3 pm only due to security reasons.

The Railways conducted the trial run of the service on the stretch on Monday for the first time in over three months since the unannounced shutdown in the valley.

The official said the Srinagar-Banihal stretch of the railway line would resume in a few days after checking track safety and conducting trial runs.

The train service in the valley was suspended due to security reasons on the morning of 5 August – hours before the Centre announced its decision to abrogate Article 370 of the Constitution and to bifurcate the erstwhile state into two Union territories.

The Centre’s decision led to an unannounced shutdown in the valley – which completed 100 days on Tuesday — even as authorities imposed severe restrictions which were later gradually eased out.

Markets have been following a new pattern of functioning, opening early morning till around the noon and then downing their shutters to join the protest against abrogation of the special status of the state, officials said.

They said miscreants are using fear mongering to put down any resistance to unannounced shutdown by threatening shopkeepers and businessmen.

The officials said two grenade attacks in the city’s busy Goni Khan market and Kaka Sarai areas were an indication that there were concerted efforts to keep the shutdown going.

Pre-paid mobile phones and all internet services continued to remain suspended since 5 August.

Most of the top level and second rung separatist politicians have been taken into preventive custody while mainstream leaders including two former chief ministers — Omar Abdullah and Mehbooba Mufti — have been either detained or placed under house arrest.