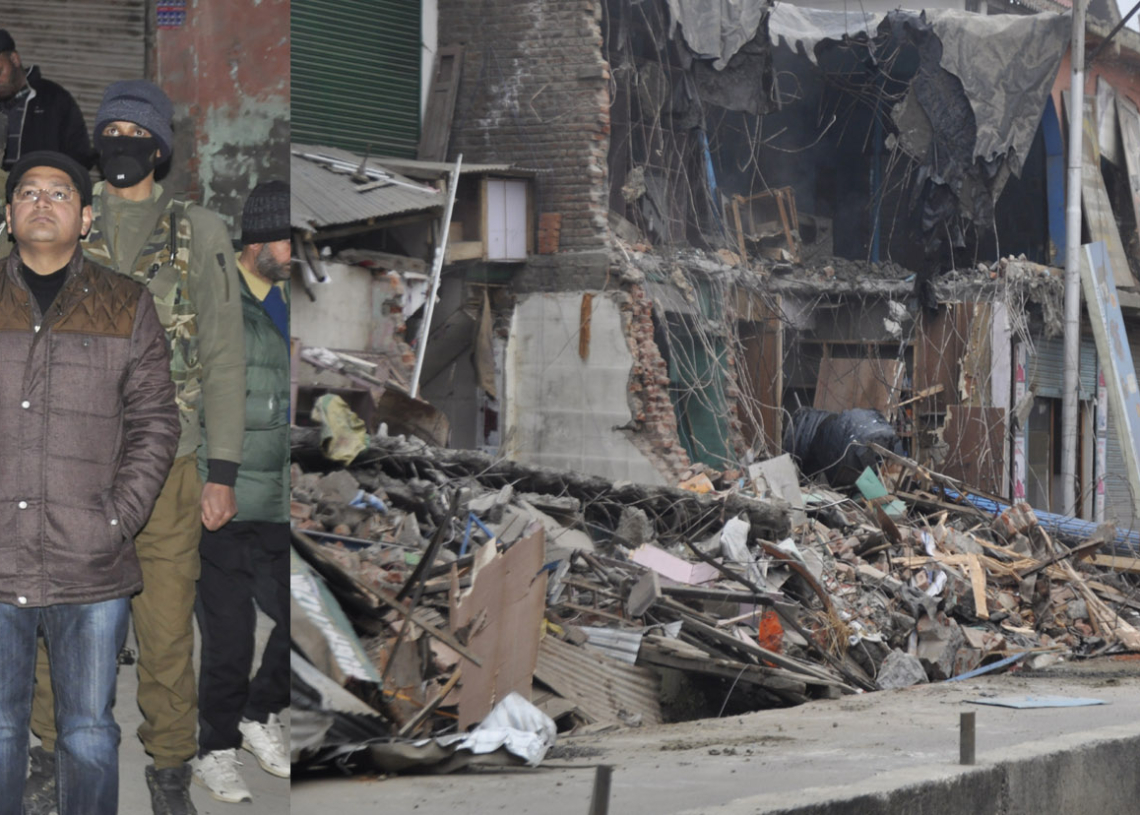 During the drive various illegally raised structures on historic Dhobi Khul in the main market were pulled down.

On the occasion DDC said that District Administration has initiated action against the offenders who have raised illegal structures in the town particularly along roadsides and on footpaths. He said that all encroachments which have been raised illegally will be demolished and no such construction will be allowed in future.

DDC asked people not to indulge in illegal construction activities and encroachments as violators would be dealt strictly under law.

DDC further added that the demolition drive in the town will pave way for decongestion while adding aesthetic value to the town.