‘Prepare but do not panic’: PM Modi conveys India’s message on coronavirus to Saarc nations 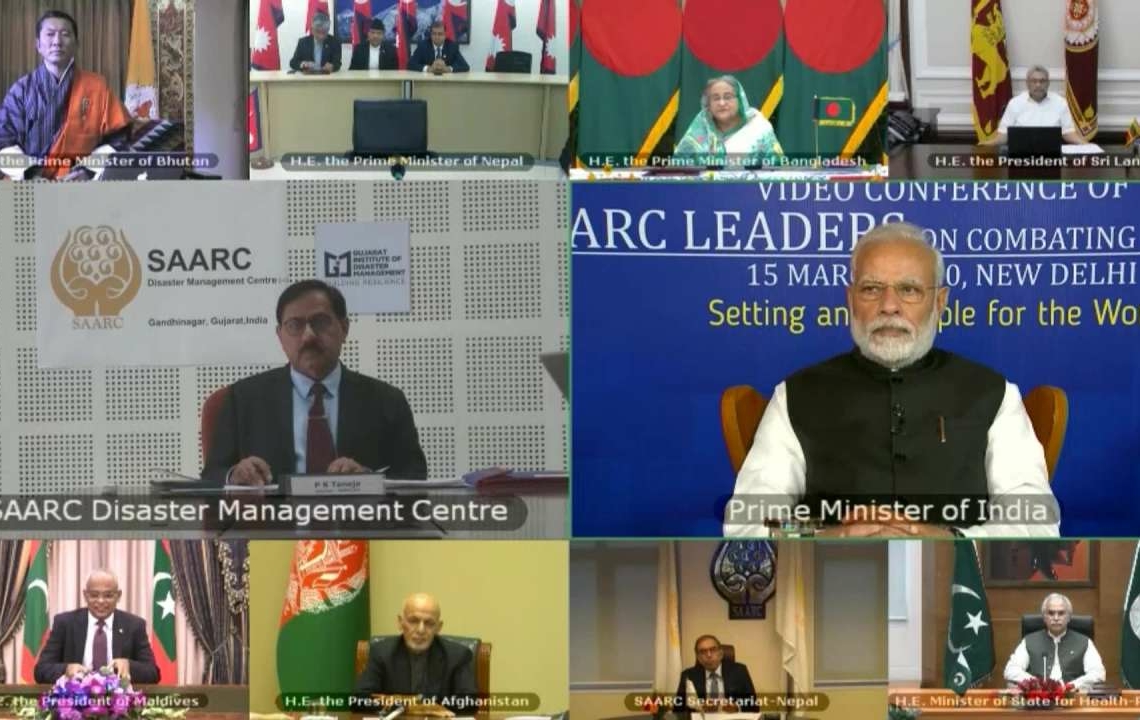 Prime Minister Narendra Modi said India’s message to the rest of the Saarc nation for battling the deadly COVID 19 was “prepare but do not panic” and added that the region which housed one-fifth of the world population had to be ready to deal with this contingency.

“So far our Saarc region has registered fewer than 150 cases but we need to remain vigilant as our Saarc region is home to nearly one-fifth of total world population,” the prime minister said while making the opening address.

The prime minister said there were “significant challenges to health care facilities” in the region. Therefore, he added, “we must all prepare together, we must all act together and we must all succeed together.”

Prime minister said India had taken swift steps to upgrade its medical infrastructure to deal with coronavirus while ensuring that there is no panic.

“Prepare but do not panic, has been our guiding mantra. We have been careful to not underestimate the problem but also to avoid knee jerk reaction. We have tried to take proactive steps including upgraded response mechanisms. We started screening in mid-January itself. The step by step approach has helped in spreading panic,” Modi said.

Prime minister said New Delhi has made special efforts to reach out to vulnerable groups.

“We have worked to quickly ramp up our systems including training of our medical staff,” he said.