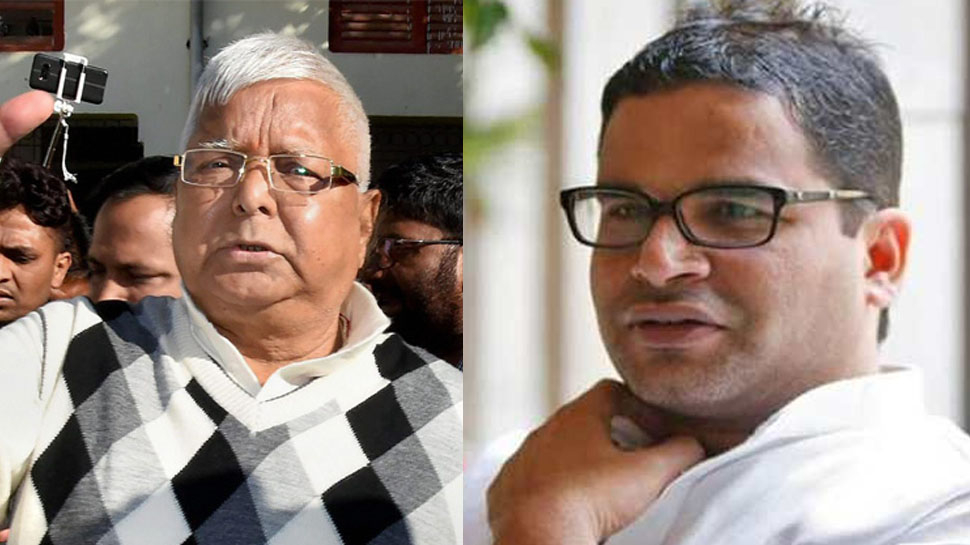 Taking to Twitter, Kishor wrote, ‘Those convicted or facing charges of abuse of public office and misappropriation of funds are claiming to be the custodians of truth.” He then challenged Lalu for an open debate in front of media to expose the truth.

Kishor’s comment comes a day after former Bihar chief minister Rabri Devi Friday claimed that the poll strategist had met her husband Lalu Prasad with the proposal that the RJD and Nitish Kumar’s JD(U) merge together and the new entity thus formed declare its “prime ministerial candidate” ahead of the Lok Sabha polls 2019.

Lalu, in his recently published memoir “Gopalganj to Raisina”, co-written with journalist-turned-teacher Nalin Verma, alleged that JD(U) chief Nitish Kumar had tried to realign with Bihar’s mahagathbandhan (Grand Alliance) after joining the National Democratic Alliance and sent his emissary Kishor to him on five occasions.

Kumar had in 2017 walked out of the Grand Alliance, which was formed upon his party’s partnership with the RJD and the Congress. He re-joined the BJP-led NDA.

Kishor has repeatedly denied meeting Lalu with such a proposal.

Terming Kishor’s statement a “blatant lie”, Rabri Devi said, “I got infuriated and asked him to go away as I had no trust left in Bihar chief minister Nitish Kumar following his betrayal,” the RJD national vice-president, who is also the leader of the opposition in the legislative council, told a regional news channel here, reported news agency PTI.

“All our staff and security personnel deployed here are witnesses. He called on us at least five times, mostly here (her 10, Circular Road residence), and one or two times at paanch number (5, Deshratna Marg – the bungalow allotted to her younger son Tejashwi Yadav),” Rabri Devi said.”Kishor was sent by Nitish Kumar with the proposal – ‘let us merge both parties and declare a prime ministerial candidate’. He came in broad daylight and not clandestinely in the dark of night,” she asserted.

Kishor, became a full-time member of the JD(U) in September 2018.