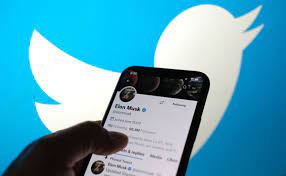 The company was having 200 employees in India. After layoffs, the company has only about a dozen staff working in India

About 70% of the jobs cut in India were from the product and engineering team which worked on a global mandate.

Positions were also slashed across functions including marketing, public policy, and corporate communications, the people said. Globally, San Francisco, California-based Twitter reduced its headcount by about half, or roughly 3,700 workers.

India has one of the most febrile political conversations on Twitter, with competing parties regularly slinging allegations back and forth and accusing each other of spreading misinformation. Prime Minister Narendra Modi has more than 84 million followers on the service. It’s unclear how Twitter expects to moderate that discourse with its newly reduced staff in the country, which has more than 100 languages.

Twitter’s India offices are located in New Delhi, the financial capital of Mumbai, and the southern tech hub of Bengaluru.

The company has about 3,700 employees remaining globally, Bloomberg News has reported. Musk is pushing those who remain to move quickly in shipping new features, and in some cases, employees have even slept at the office to meet new deadlines.