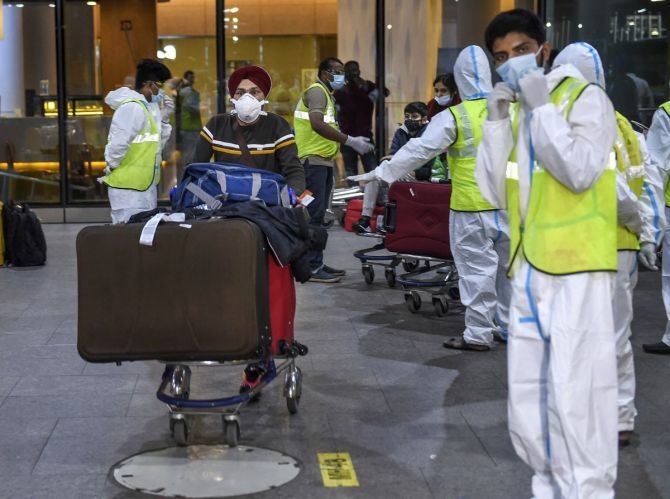 Passenger flights resumed from the United Kingdom to India in limited numbers from Friday onwards after remaining suspended for 16 days due to the emergence of a new coronavirus variant in that country.

The first flight to land at the Delhi airport from London on Friday was Air India’s AI112 that had 256 passengers in it, said Gauri Agarwal, founder of the Genestrings Diagnostic Center, on Thursday.

Genestrings is handling coronavirus testing of all passengers at the Delhi airport.

One Vistara flight with 291 passengers will come from London to Delhi on Saturday and two flights – one of British Airways and another of Air India – with a total of 481 passengers will land at the Delhi airport on Sunday, she added.

On Friday, only AI112 flight from the UK came at the Delhi airport around 10.30 am, Agarwal noted.

Aviation Minister Hardeep Singh Puri had announced earlier this month that only 30 flights per week will operate between India and the UK between January 8 and January 23.

Indian and UK carriers will each be operating 15 flights per week during the period.

Earlier this month, the Union Health Ministry stated that a passenger coming from the UK can board a flight to India only when he has a negative test report from a sample taken 72 hours prior to the journey.

Moreover, as per the rules, the passenger also has to take the RT-PCR test on arrival at the entry airport in India.

Delhi Chief Minister Arvind Kejriwal announced on Friday that travellers coming from the UK to the national capital will have to undergo a seven-day institutional quarantine and a seven-day home quarantine even if they test negative for COVID-19 on arrival.

India had suspended all passenger flights between the UK and India from December 23 to January 7 as a new variant of coronavirus emerged in the UK.

Over 60 passenger flights per week were flying between India and the UK in December before the decision.