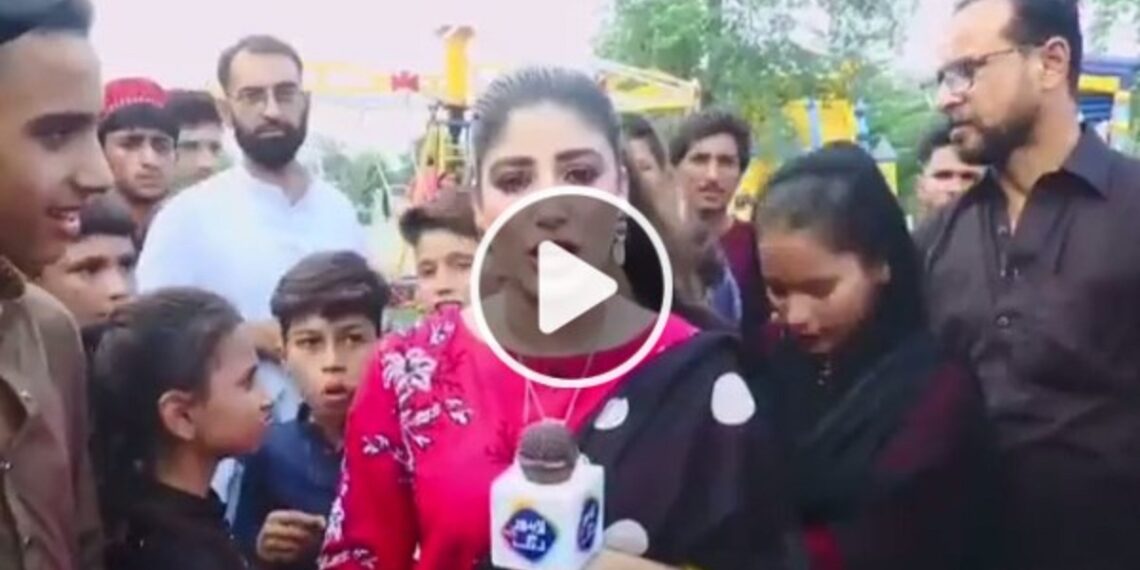 A Pakistani reporter slapped a boy for heckling her on camera. Video of the incident has gone viral on social media. The journalist was purportedly reporting on the recent festival of Eid al-Adha which was celebrated all across the world on Sunday, July 9. The video shared on Twitter has over 3 lakh views.

In the now-viral video, the journalist was giving a piece to camera (PTC) when she was angered by something that the boy standing next to her said or did. While it cannot be ascertained the reason that left her fuming, as soon as she finished reporting, she took the heckler to task. It is being assumed that the boy had made an unwarranted comment which made the reporter lose her cool.