(Opinion) It’s showtime in Kashmir but will the crowds return? 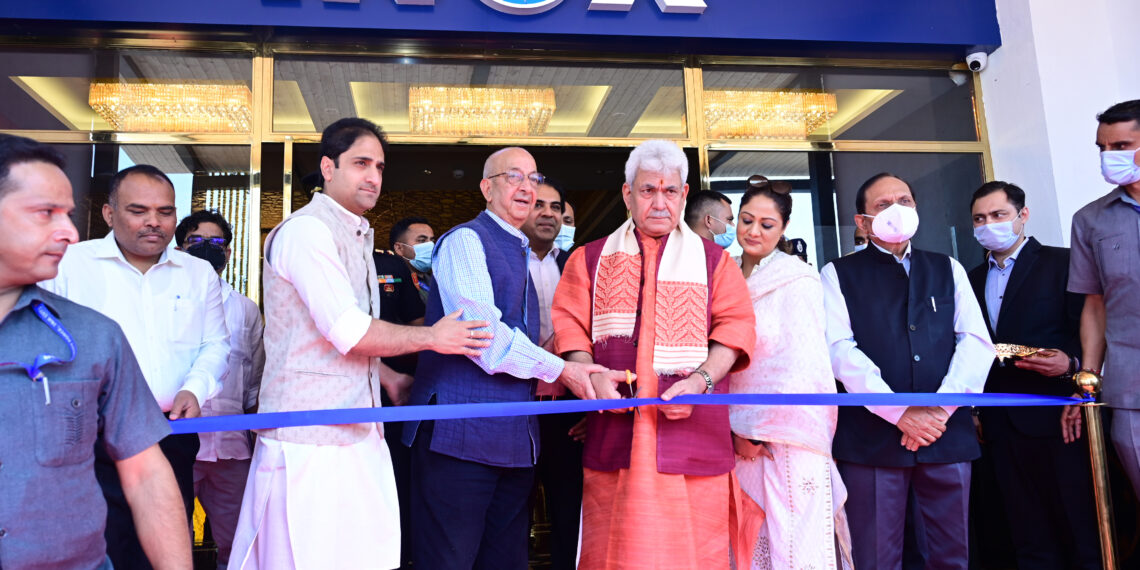 The opening of the first multiplex in Srinagar, Kashmir has brought cheers to the cinema lovers. At the same time, the opening of the multiplex has attracted both national and international media attention. Many get surprised when they come to know that there have been no cinema halls and multiplexes functioning in Kashmir for the past few decades. In fact, cinema halls usually function everywhere else in the country and abroad. Therefore, the news of the opening of a first ever multiplex in the modern day world is bound to interest people, who are not aware of the politics and issues surrounding Kashmir. For the government, the opening of the multiplex is a step towards revival of ‘cinema culture’ in Kashmir that was once considered a second home to Bollywood as most of the Hindi films were then shot in the Valley. Before the 1990s, Bollywood film shootings were common and the cinema halls in Kashmir too used to receive huge crowds.

The opening of the Srinagar multiplex on Tuesday follows the opening of multipurpose cinema halls in South Kashmir’s Shopian and Pulwama districts. After the opening of the multiplex, J&K Lieutenant Governor Manoj Sinha remarked: “The first-ever Multiplex Cinema Hall in Srinagar today marks the revival of cinema culture in the Kashmir valley after three decades. Culture is a way of life and cinema being the powerful medium of sharing thoughts and ideas reflects societal values and change. Cinema brings people together. Apart from entertainment it gives hopes, dreams and inspiration to youth to pursue their dreams till they realise it,” he said. He further hoped that the new cinema halls and ongoing film shootings would renew the ‘beautiful bond’ between Jammu Kashmir and the Indian film industry.

While the opening is also seen as a step towards ‘normalcy’ in Kashmir, the multiplex has been opened at a time when cinema halls are staring at losses elsewhere in the country. As the industry was looking to recover from the losses suffered during the Covid lockdown, it was hit by the ‘boycott’ trend. Interestingly, the Srinagar multiplex was thrown open with the screening of ‘Laal Singh Chaddha’ that too had become a victim of the boycott trend. Alongside the boycott trend, people now have big screen televisions at their homes where OTT platforms beam a wide variety of content. Brokerage firms have already expressed fear that Bollywood releases might not entice the OTT-saturated public to go to the theatres anymore. The trend is bound to affect footfalls in the cinema halls in the future as well and have a cascading effect on advertisement revenues. Therefore, it will be interesting to see how people in Kashmir will respond to the opening of the multiplex.

The present lot of the younger generation, by and large, has not been to a cinema hall. People, who are now in their middle ages and older, know what watching a movie in a cinema hall meant in their childhood and younger days. Watching a movie with family or friends was a great pastime and the older people in Kashmir have lots of great memories associated with their trips to cinema halls. And while we will get to know in the coming days how the younger generations would react to the opening of the multiplex, Vijay Dhar, Chairman DPS and owner of Broadway said they wished to ‘bringing back the joy of movie-viewing in cinema halls to Kashmir’. He also threw light on the ‘golden era’ of cinema and film-shooting in Jammu Kashmir at the inaugural ceremony.

Siddharth Jain, Executive Director, INOX Group, while speaking on the occasion, echoed similar views and said thought the opening of ‘MYOUN INOX, MYOUN Cinema’, they were ‘looking to win the hearts of cinema lovers of Kashmir by offering them a world-class cinema-viewing experience, amalgamation of top-notch technology, great hospitality, best of cinema comforts, a blend of local designs, Dolby Atmos audio technology, latest 3D & projection technology and a professionally trained team’. He also said the launch of the new multiplex theatre in Kashmir ‘will make the region a part of the country’s creative economy and contribute to strengthening the soft power of the country’.

At the same time, the Lt Governor said that the new Film Policy had been rolled out with special provisions and incentives for encouraging local youth to take up film as a career. “We are in talks with various stakeholders and have identified the land for developing Film City in the UT and the facility will come-up in the UT soon”, announced the Lt Governor after the launch. If the plan to open film city matures, it will open huge avenues for Kashmir. When crews come to shoot, they need accommodation and manpower that will not only give an economic boost but also engage local actors and artists, who do not usually get a platform in Kashmir to showcase their talent. If we take the Ramoji Film City, Hyderabad for example, its net worth is reported to be $2 billion and it does not just attract film production units from all over, but also 1.5 million tourists annually. If Kashmir gets a film city, it too has the potential of attracting film-makers from all over the world.

Now that Srinagar has got its first multiplex, the regular shows are scheduled to start from September 30 with the screening of ‘Vikram Vedha’, starring Hrithik Roshan and Saif Ali Khan. While the multiplex has a total capacity of 520 seats, the premises will also have a food court aimed at promoting the local cuisine. The multiplex has so far made all the right noises but attempts to reopen cinemas in the past did not meet with much success economically and had to be shut due to poor response from the public. Now, the response of the public to the Srinagar multiplex will set the tone for further attempts to revive Kashmir’s past connection with the cinema and Bollywood.