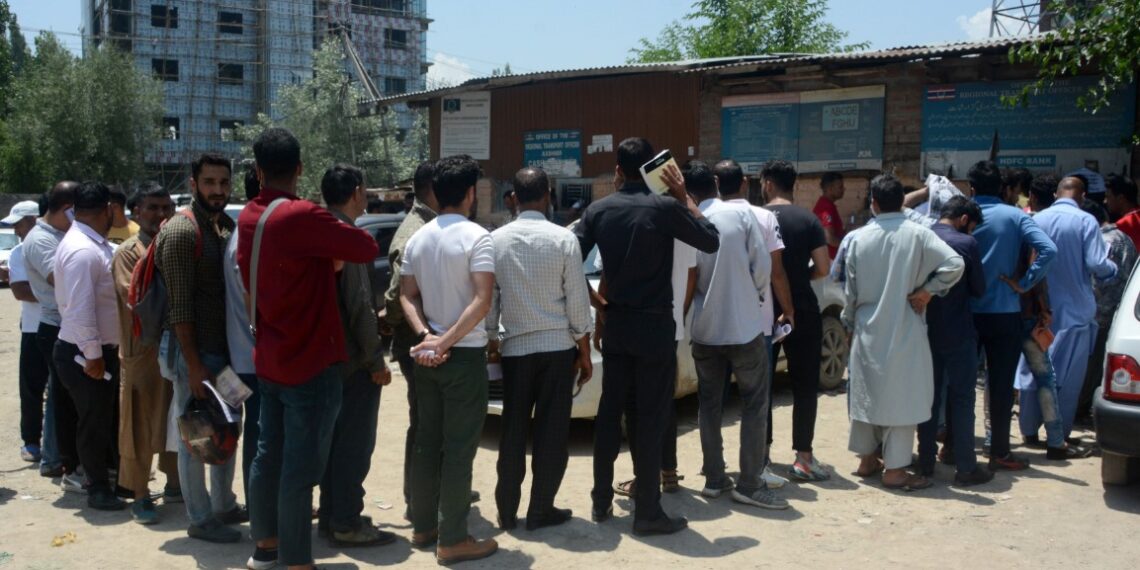 Few days back, the Jammu and Kashmir Police had issued a ‘final reminder’ regarding the affixation of mandatory High Security Registration Plates (HSRP) on vehicles plying in the union territory by June 15. Despite several reminders in the past, it is common to see vehicles plying on the roads without these high security plates. While many, for reasons best known to them, preferred not to pay attention to the order, the authorities have now warned that they will seize the vehicles not having the HSRPs. The authorities have also warned that the RCs would be ‘recommended for suspension’ in case of violations.  “This is Final Reminder by Transport/Police/Traffic departments. Mandatory Affixation of HSRP to be done by 15th June 2022 on all vehicles. Failing this all such vehicles without HSRP shall be seized & RC may also be recommended for suspension,” the police order stated. Earlier, the Motor Vehicle Department also had issued a similar public notice. And in a latest statement that was made on the eve of the June 15 deadline, SSP Traffic City Srinagar Muzaffar Ahmad Shah advised the public not to venture on roads henceforth if their vehicles did not have the HSRP . While talking to the media, he also advised the people to get it affixed from the RTO office at the earliest before bringing the vehicles on the roads in future.

Following a Supreme Court (SC) order, the Ministry of Road Transport and Highways (MoRTH) had made it mandatory for all vehicle owners to fix a high-security registration plate and colour-coded plate on their vehicles. While the authorities in Jammu and Kashmir have stated that they would be seizing the vehicles found violating the law, the fine for not affixing the HSRP on a vehicle would range up to Rs 10,000. It is pertinent to mention that the HSRP is an aluminum-made high-security registration plate that is fixed on a vehicle using two non-reusable locks.  In Srinagar, the locks are fixed by the RTO office only. A chromium-based hologram of Ashoka Chakra of 20 mm x 20 mm size is applied by hot stamping on the top left-hand corner of the plate in both front and rear plates to protect against counterfeiting. The permanent identification number (PIN) of a minimum of 10 digits is laser branded into the reflective sheeting on the bottom left-hand side of the registration plate with a letter size of 5 mm. The HSRP is linked electronically to the vehicle after its affixture on the vehicle on registration.

The main reason why HSRP has been made mandatory is that it contains details that are helpful in enforcing law. The HSRP comprises details like engine number and chassis number in a centralised database. The data helps in identifying a stolen car. The stored data along with a 10 digit PIN helps in identifying a stolen car. The HSRPs are only issued once the vehicle owner passes on essential details like engine number and chassis number. Moreover, the old number plates were quite easy to tamper with and there are several instances of its misuse by car thieves. Moreover, the HSRPs come with a non-removable snap-on lock and are difficult to replace. And with information like details of the car, engine number, chassis number, etc being stored in a centralised database, verifying the vehicle’s rightful owner becomes easier. This database will also help the law enforcement authorities in tracking stolen vehicles. Car owners will also be able to make insurance claims more easily.

Besides car thefts, HSRPs can be helpful in solving other crimes. With reference to the recent murder of Punjabi singer Sidhu Moosewala, National Road Safety Council member Dr Kamaljeet Soi had censured the AAP government for failing to enforce the apex court orders on making high security registration plate compulsory in the state. Not only in the case of murder of Moosewala, he had stated that gangsters put fake number plates on vehicles used in the killing of kabaddi player Sandeep Nangal, RSS leader Brig Jagdish Gagneja (retd) , a firing incident in Amritsar and attack at Police Intelligence Headquarters in Mohali. Not just in Punjab, one can come across such examples elsewhere too. In Jammu and Kashmir, having HSRPs is all the more important due to security concerns.

Now, in light of the ‘final reminder’ regarding the affixation of mandatory HSRPs, there has been a huge rush of people at the office of the Regional Transport Officer (RTO), Srinagar. By not acting before, the people now have to wait for booking these high security plates for their vehicles. While the RTO cannot be blamed for the sudden increase in rush, it is strange that the option of applying for the HSRPs online is not available in the Valley. Unfortunately, at a time when the officials raise slogans of ‘Digital India’ and when several other facilities like online application for a lost licence, etc are available in Srinagar, the RTO should also let people apply for HSRPs online. Not all people are law breakers but the hassle of visiting a government office and waiting in queues is a cumbersome process. While the RTO in the recent past has taken several steps to negate the role of middlemen, it should make available all its services online for the convenience of the general public.