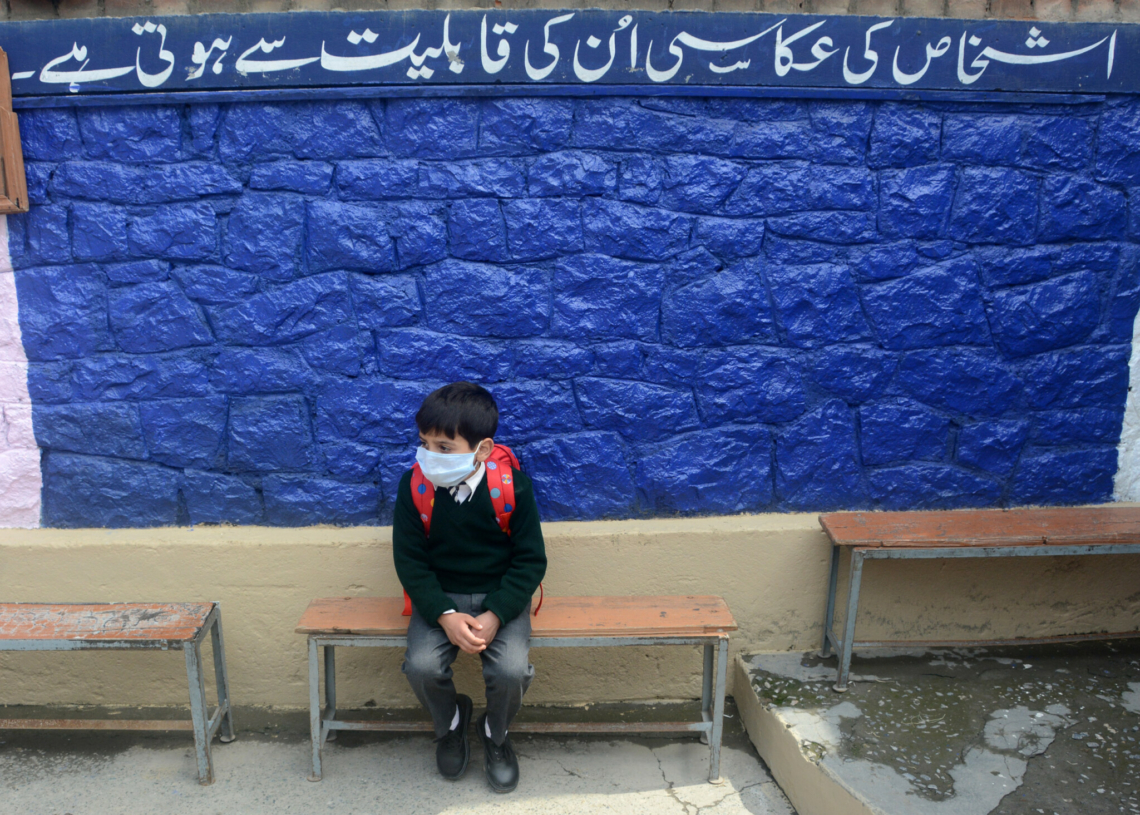 Srinagar: Online classes will continue to remain the order of the day for some more time to come in the Kashmir valley that continues to witness over four-digit daily new Covid positive cases.

Even as the government has started radio and television classes aimed at reaching out to students of government schools especially in the rural areas, officials say community classes can begin only if there was a major dip in Covid positive cases.

“If the (Covid) infection rate comes down, only then we will start community classes. Anyway, the decision in this regard or to resume regular classes is taken by the steering committee headed by the chief secretary. The committee takes a call after they get feedback from the field and different agencies,” said Director School Education Kashmir (DSEK) Tasaduq Hussain Mir.

He said they had already started radio and television classes for students that did not have access to online classes and received ‘good feedback’.

“We have received very good feedback about our radio and tele-classes. It is being appreciated,” said Mir.

Chairman of J&K Education Chamber (JKEC), an amalgam of various private schools’ associations, GN Var said they too were not in favour of holding online classes but there was no alternative at the present moment.

“We were never in favour of online classes. We have always maintained that there should be a hybrid model with community-based schooling but in the given situation, there is no alternative,” said Var.

He also objected to the government’s recent decision to reduce screen-time for online classes while adding that they were in touch with experts about the way ahead.

“We (JKEC) have a Research and Development cell that keeps a tab on research and advice of experts regarding the side-effects of online classes. We have in the past held around nine to 10 webinars and we are having another meeting with international experts on Saturday. However, the government’s decision to reduce screen time without consulting the real stakeholders will affect the regular academic session as we have to complete syllabi,” said Var.

JKEC co-chairman Showkat Choudhary said the online classes were being held due to absence of regular school and the same was necessary to keep the students engaged.

“When we started online classes, we wanted to keep the students in touch (with studies) and also keep them engaged for three hours. And during these three hours, they stay away from other things. We also teach moral science where we tell them not to misuse the mobile and stay away from harmful apps,” he said.