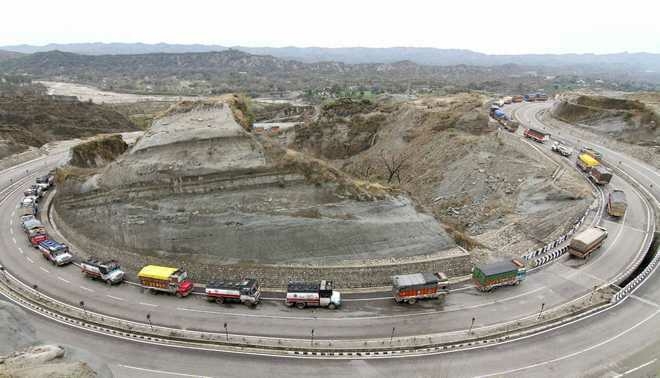 SRINAGAR: Vehicles would ply from Srinagar to Jammu on Monday as only one-way traffic continued to ply till further orders on the 270-km-long national highway, the road connecting Kashmir valley with the rest of the country.

Sources said 434-km-long Srinagar-Leh highway would likely be thrown open for traffic next week even as massive snow clearance operation by Beacon project was going on to clear several feet of snow accumulated on the road. The highway, which connects the Union Territory (UT) of Ladakh with Kashmir, remained closed for the past three months due to accumulation of several feet of snow.

The 86-km-long historic Mughal road and Anantnag-Kishtwar road also remained closed for the past over three months due to accumulative of several feet of snow.

“One-way traffic would ply on the highway to avoid traffic jam as the road was still very narrow at some places, particularly between Ramban and Ramsu, where only one vehicle could pass at a time,” a traffic police official said.

He said on Monday vehicles will be allowed to ply from Srinagar to Jammu though there will some restrictions.

Meanwhile, the historic 86-km-long Mughal road, which connects Shopian in south Kashmir with Rajouri and Poonch, also remained closed due to accumulation of the eight to ten feet of snow. Though the authorities have started snow clearance operation, there was fresh snowfall during the past few days on the road, which is seen as alternative to Srinagar-Jammu highway. The Centre has already agreed to construct a tunnel to make it all weather road.