‘One minute up and one minute down’: Srinagar youth’s peppy downtown song breaks internet 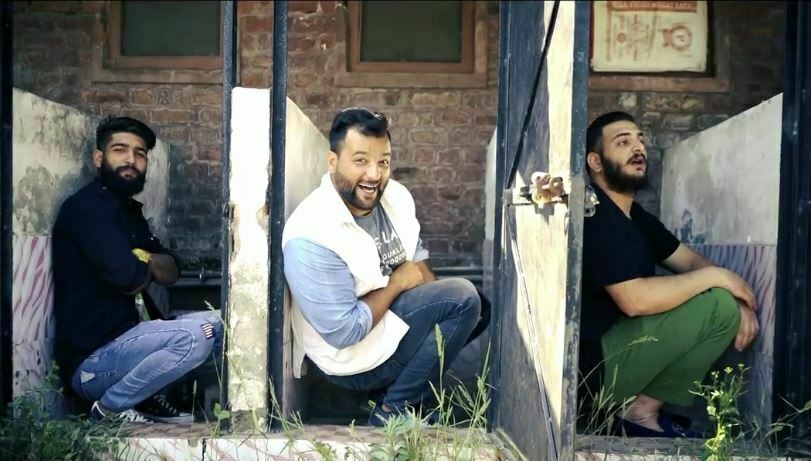 Srinagar:  A youth from the old city here has set the internet on fire with his peppy ‘downtown rap song’.

Conceived by Musaib Bashir, the downtown song has notched 2.60 lakh views in just three days on YouTube. The song has notched over 2.03 lakh views on Facebook and has thousands of likes, views, and comments on different social media platforms. The video is scheduled for release on August 4 on Spotify. Besides Musaib, the song features Sharjeel Javaid, Shujan Saleem, Ashaal, and Mysaib Sofi.

“Aam Kak, Gul Kak, Sul Kak.. Chuane Kak, Maun Kak…Mr. Kak… Habba Kadal, Kani Kadal, safa Kadal.. One minute up and one minute down, baby this is downtown,” the lyrics are a mix of Kashmiri and English.

The song draws from the everyday routines and geography of the region as it pays homage to the unique lives of its residents who swear by its charming eccentricities.

“I have put in my entire childhood in the song. I grew up in Nawa Kadal even as we have now relocated to Bemina. I couldn’t help but notice that life in uptown is quite different from downtown. Sometimes it seems the two lives are irreconcilable even as they are just a few miles apart,” Musaib Bashir told The Kashmir Monitor.

Even as Shehr-e-Khaas has immense historical importance, it has been the victim of administrative apathy and neglect over the years, as it has become a ghetto of impoverished and marginalized classes. As Musaib points out, “Take for example, relative to its considerable population, it faces a severe dearth of essential services like ambulances, fire tender services, and petrol pumps. These factors together compelled me to compose this song,” he said.

It took Musaib two months to research and conceptualize the characters of the song. “The most interesting character in the song is a long-haired guy named Ashaal. He is from Habba Kadal and drives a three-wheeler. His presence in the song added an oomph factor to the song while I mention the names of seven bridges of the old city,” he said.

Many things have contributed to the song’s immense popularity. The video is authentic and beautiful —it features everything from narrow alleyways of the old city to shrines to old Daje deewari houses to as he sings in Kashmiri.

“There is one sentence in English. Rest, everything is in Kashmiri. My priority was to promote our language at the same time,” he said.

The young comedian who goes by the stage name of “Mr. Musaib” began his tryst with humor in 2017. He completed his schooling from Caset school and secondary education from SP Higher secondary school. He, later on, pursued his Masters in commerce from IGNOU.

“Trauma, anxiety, and grief are second natures to us now. It is important though quite difficult to pierce this pall of gloom and make people laugh. One has to literally draw out “Wadne manz aasun” (laughter from tears), which is a great challenge,” he said.

However, the journey was not as easy for Musaib as it appears. “Initially, my parents were not at all supportive of this idea. With time they realized that people love my humor and they reluctantly reconciled to the idea” he said.

His future plans are to produce more Kashmiri songs and serials with a touch of humour. “Kyunki Dil khol ke hasane wala aapko zindagi bhar yaad rehta hai (Because you remember forever the one who makes you laugh heartily)” he concluded.