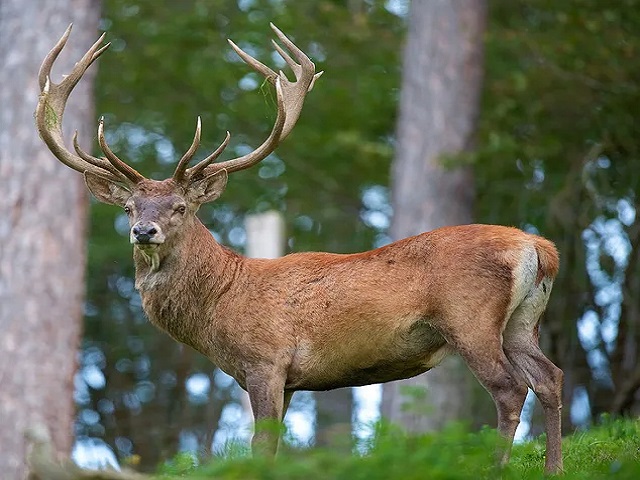 Srinagar: Wildlife Department has embarked on a mission to monitor the movement pattern of endangered Hangul in Kashmir.

`Monitoring of Hangul movement in Shikargah using non-invasive techniques and habitat suitability assessment of the Paddock’ has been launched to understand the pattern of the endangered species.

The department has decided to appoint project associates, who will conduct the study from December to March. The project is funded under Compensatory Afforestation Fund Management & Planning Authority (CAMPA).

Wildlife Warden, Shopian, Intesar Suhail told The Kashmir Monitor that they are trying to ascertain the movement pattern of Hangul in the breeding center.

“There has been photographic evidence about Hangul in the Shikargah breeding center. We want to ascertain their movement pattern. It is believed that Hangul move towards other areas from Shikargah. During winter months, Hangul stays in low-lying areas of Shikargah and we will track them through the exercise,” Suhail said.

Another official said they will come to know about the exact number of Hangul in the breeding center through this activity.

“Hangul census is conducted every two years. Shikargah is an exclusive place where the breeding of Hangul happens. Through this study, we will get an idea about the population in the center. This exercise will also tell us about the contribution of the breeding center in increasing the population of this rare and endangered species,” he said.

Hangul, cervus elaphus hanglu, is a critically endangered species found mainly in the Dachigam National Park and its adjoining areas in Kashmir. While the male Hangul is characterized by antlers and a brownish-red coat, the female does not have horns. Kashmir Hangul is the only survivor of the Red Deer group in the Indian subcontinent and its population has been on a decline over the years.

The endangered stag has shown a gradual increase in its population and a fresh survey in this regard is being carried out through genetic methods.

The officials said that the last Hangul census was conducted in 2021, and the population of Hangul has shown a significant rise. “Presently the Hangul population is 263 as per the 2021 census”, he said.