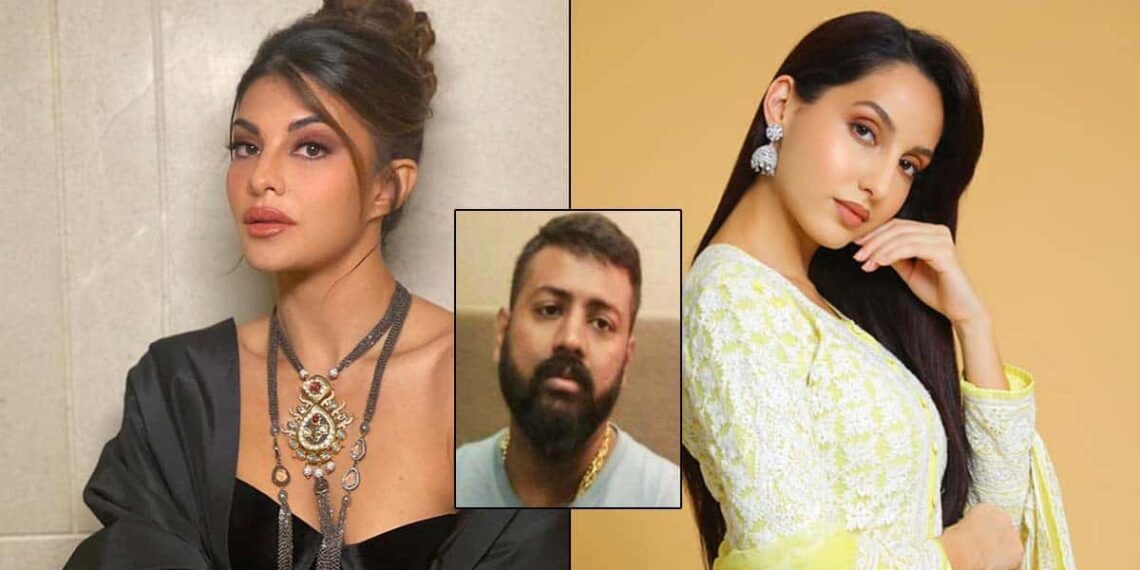 Fatehi appeared before the EOW office at Mandir Marg on Friday where she was grilled for about six hours.

“Fatehi reached EOW’s Mandir Marg branch at around 11 a.m. and was questioned till 6 p.m. She can be summoned again if the need arises. We have sent a summons to Bollywood actress Jacqueline Fernandez to join the investigation in the same matter on December 12,” an official said.

The Enforcement Directorate has questioned many Bollywood actors and models for their alleged links with Chandrashekhar.

In April last year, Chandrashekhar was arrested in another money laundering case linked to the 2017 Election Commission bribery case, which allegedly involved a former AIADMK leader, among others.

What is the case

The Enforcement Directorate (ED) in its second supplementary chargesheet filed against Bollywood actress Jacqueline Fernandez in connection with the Rs 200 crore money laundering case under the Prevention of Money Laundering Act (PMLA) involving multimillionaire conman Sukesh Chandrashekhar has claimed that the actress neither disclosed the complete truth nor the details of the gifts she received.

In the chargesheet, the ED accused Fernandez of cooking up false stories to wriggle out of the ongoing investigation. She was also silent as to how the proceeds of crime reached her house, the ED said.

“The explanation given by Fernandez about having no knowledge of the criminal antecedents of Chandrashekhar is false and contrary to the evidences collected during the course of investigation,” the ED alleged in the chargesheet.

During investigation, the ED found that Chandrashekhar met Fernandez through her make-up artiste Shaan Muthalik. Chandrashekhar had reportedly claimed to be a senior official in the Ministry of Home Affairs, who was ‘connected’ to the family of late Tamil Nadu Chief Minister J. Jayalalithaa. He also claimed to be the owner of Sun TV.

Chandrashekhar had showered expensive gifts on Fernandez and her family members besides arranging charter flights for them. Her hotel expenses were also paid by Chandrashekhar.

Advaita Kala, an author, screenwriter and columnist, had recorded her statement before the ED in which she said that Fernandez approached her for the writing work of a webseries. Kala was paid Rs 17 lakh initially. Fernandez had sent a man to her home for the delivery of the cash payment.

Later, Kala got a call from someone who introduced himself as the chairman of DLF and said that he was calling on behalf of Fernandez. The person said he would send a man to her home. A few days later, a man visited Kala and said that he was sent by DLF and gave her Rs 15 lakh in cash.

However, Fernandez in her statement made to ED on August 30, 2021 had said that she only sent chocolates and flowers to Kala.

“She contradicted her own statement when she told the ED on October 20, 2021 that Chandrasekar had delivered Rs 15 lakh at the house of Kala,” the ED said.

Chandrashekhar in his statement had also told the ED that at the request of Fernandez, he paid Rs 15 lakh to Kala. Apart from this, he also gave expensive gifts to Fernandez.

Fernandez was also silent on the role played by Pinky Irani who contacted her make-up artiste and introduced her to Chandrashekhar.

Chandrasekar had planned to buy two houses for Fernandez, one at Juhu in Mumbai and another in Sri Lanka. He told the ED that he had also bought a house for Fernandez’s parents in Bahrain.