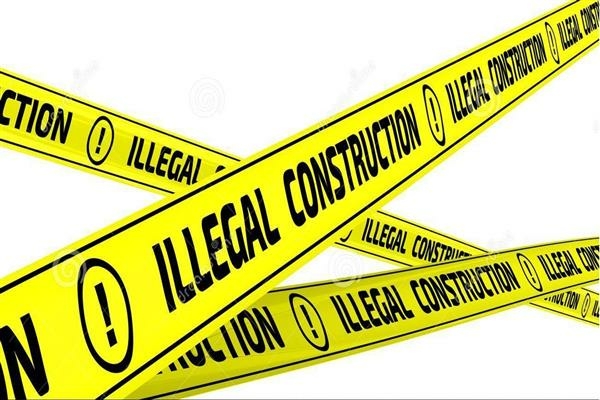 Srinagar, Feb 26: There seems no clue of high-level committees framed to decide on illegal constructions in Srinagar, Jammu, and Katra town, built before 2016.
The state cabinet in April 2017 approved a policy on illegal structures in twin capital cities of the state and for Katra town. In the policy, ceiling has been fixed for regularization of such structures after imposing hefty penalty on the violators while as major violations of land use and building bye-laws will face demolition.
It has also got the approval from the Governor and the Legislature.
The government also formulated two separate committees headed by divisional commissioners of each region to decide on illegal constructions in Srinagar and Jammu. While for Katra, the Deputy Commissioner Reasi led committee was to decide on illegal constructions built before December 2016.
An official of the Housing and Urban Development Department told KNS that thousands of illegal constructions have come up in Srinagar and Jammu districts over the years.
“There is no clue what happened to those committees. No decision has been taken over illegal constructions in the state,” the official said.
The official said a high-level official committee constituted by the government in 2009 to report on master plan violations, had identified and compiled a comprehensive report of around 3000 illegal structures in the Srinagar city alone.
“The process for implementation of the policy has begun. But there is no clue what happened to divisional commissioner committees of regions,” the official said.
The official that the mandate of the committees was to decide on illegal constructions rose up over the years.
“The committees was to decide whether any illegal construction built before December 2016 could be regularised or not. The non-regularized constructions was to be demolished by the Srinagar Municipal Corporation, Jammu Municipal Corporation and district administration Reasi in Katra town,” he said.
He said it was the last opportunity who had built constructions illegally.
As per the policy, only 50% of such violations will be regularized after obtaining penalty from the violators and by enforcing rectification wherever feasible. Violations beyond 50% was to be demolished through the enforcement wing of respective agencies.
Similarly, only 25% of the land use violations were to be regularized after charging hefty penalty from the violators while as remaining violations will be demolished.