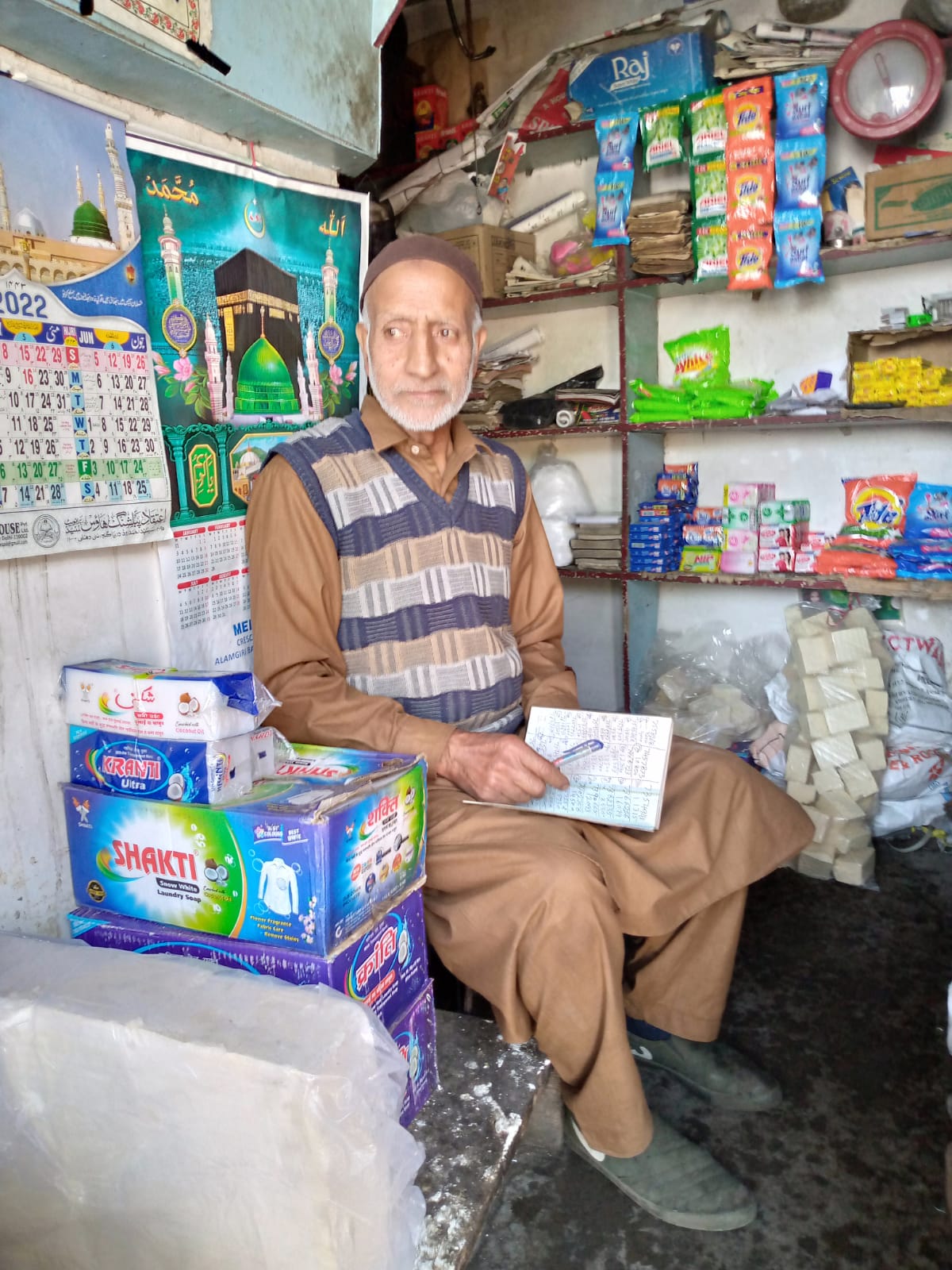 Srinagar: Soaps made by Abdul Rashid (60) have sustained the dying craft of ‘namdhasaazi’ for decades in the Kashmir valley.

Sitting quietly at his famous shop close to Khanqah-e-Molla, he now sells a soap that he claims cures dandruff.

Rashid has been in the business of soap making for over three decades and his shop now has been included in the itinerary of the ‘Crafts Safari’ that was started in the wake of Srinagar making it to the coveted list of the United Nations Educational, Scientific & Cultural Organisation (UNESCO) in Crafts and Folk Arts Category for the year 2021.

Talking to The Kashmir Monitor, Rashid said he sold two types of soaps and one was in big demand among the namdha makers.

“The soap that is used by namdha makers sells for Rs. 110 a kilo and I sell up to 30 to 40 kgs on a day when the business is good. Sometimes, I only manage to sell 10 kgs but those who deal with namdhas buy it regularly. For one namdha, you will need around 200 to 250 grams,” he said.

He said the other type of soap was not in great demand like before but people would still buy it as it cured dandruff.

“You can take a bath with the other variety of soap I sell and it also cures dandruff. It sells for Rs. 130 a kilo and both these varieties are made of special chemicals – some are bought here and some procured from outside,” he said.

Director, Handicrafts and Handloom, Kashmir, Mahmood Ahmad Shah said it was impossible to sustain namdhasazi without his ‘Mandan’ soap.

“Abdul Rashid, the soap maker, has sustained the dying craft of namdhasaazi which is impossible to sustain without his Mandan soap. His thirty-year-old shop ‘Modern Kashmiri Soap’ was taken over by him after his predecessor. He made many attempts before he finally succeeded in making the perfectly formulated soap. People, especially namdhasaaz from across the valley, come to him for this essential ingredient for their namdha making. His soap is authentic and unadulterated. It is gentle on the fabric and world like magic,” he said.