Mishandling of garbage takes sheen away from scenic Gulmarg 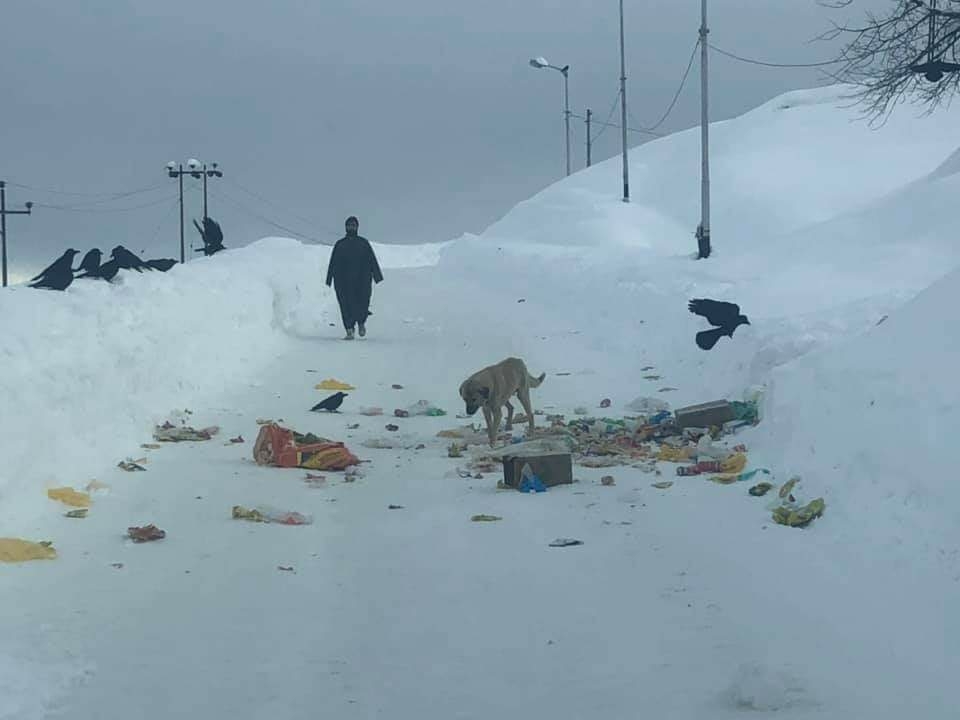 Srinagar, Feb 14: The garbage disposal in Gulmarg, the ski-resort in north Kashmir, has lately not been upto the mark making the destination unattractive for tourists.

In Gulmarg, heaps of garbage including plastic wrappers and organic matter could be seen at various places on the snow-covered roads and lanes.

The heavy snowfall this winter has attracted thousands of tourists and locals to the winter destination, which, in turn, has thrown a challenge as far as the accumulation and disposal of garbage is concerned.

Uzma, a visitor from Srinagar, had come to take part in skiing but was agitated while seeing the waste scattered at various spots in Gulmarg.

“I came here to take tour of the nature and take a pause from everyday life but I was very disappointed to see the stacks of plastic wrappers on the snow,” said Uzma.

Eyewitnesses say that local businessmen and tourists from other states are both responsible for the mess they create by throwing off the wrappers of eatables and other trash items on the snow covered road.

Moreover large garbage-laden trolleys are dumped in forests slopes on the main road and attract a troop of monkeys and crows.

“We are disappointed to see that such a beautiful place with long and dense pine trees being turned into garbage site,” said a tourist from Delhi.

Additional Director, Gulmarg Tourism, Nasir Khan told The Kashmir Monitor that “due to the heavy snow accumulation, municipality finds it difficult to collect the garbage from here.”

Nasir said that he is very much concerned with the sanitation of the place and has already contacted the concerned municipality to clear the garbage.

“As far as dustbins are concerned it is the responsibility of the municipality and they have their own issue for providing dustbins,” he said adding that municipality has told the tourism department that they don’t have enough funds for dustbins.