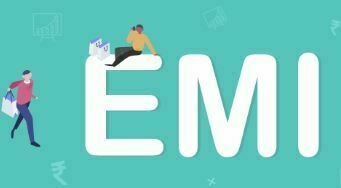 You gasped on hearing that Reliance Industries Limited has slashed the salary of its employees. You feel this will have all companies, including yours, to follow suit, for they will think India’s numero uno business house must know the strategy of surviving the Coronavirus-induced lockdown and its aftermath. Soon, EMI, the abbreviation of equated monthly instalment, would swim before your eyes, just the way your head would when your solar plexus was socked in high school.

You binged on loans to own at the same time the house you live in, the four-wheeler you drive around, and the latest model of mobile phones and laptops your family members use. These are yours as long as you pay the EMIs, which you committed to because you assumed your income will rise every year. On hearing about Reliance’s decision, you totted up your EMIs to figure out at what percentage cut in your salary you would not fail to pay them. You decided to reduce certain types of expenditure, such as not dining out as frequently as you did.

You are anxious, even scared of the future, you accept.

In reality, though, you have been subliminally anxious ever since India turned into an EMI nation post-liberalisation. You have handled the stress of paying your EMIs by exchanging the pleasures of consumption for submissiveness at office. You have endured your nasty boss because you have an EMI to pay, precisely also why you have not opposed unethical practices at office. You were tempted to quit at times, but you did not because your EMI overload implied you could not do without a salary for even a month, the minimum time required to get another job. A submissive middle class has turned the EMI nation into a reactionary one, evident from our politics.

You are not an exception. I spoke to a loan manager of a leading private bank, who services 1,000 clients. On average, these borrowers have an EMI commitment of R60,000 to R70,000 on home loans. Of his clients, 60 per cent live in hypothecated houses, the remaining in rented accommodation even as they pay EMIs on houses still under construction. Surely, their monthly income must be three times their EMI? “No,” the loan manager said. “At least 30 per cent of them will default on payment.”

Economic boom is a function of consumption on credit. With salary-cuts and paucity of jobs, credit and consumption shrink and, therefore, also the economy. Yes, you have been caught on the wrong side of history. A 2015 survey of the Pew Charitable Trusts in America showed that the Silent Generation (born between 1928 and 1945) and Baby Boomers (1946-1964) were more likely than the Generation X (1965-1980) and Millennials (1981-1997) to say that debts enhanced their life. Why?

The Pew report explained, “They experienced the Great Recession [beginning 2007-08] acutely. Millennials came of age during the period and saw that high levels of debt took a toll on households’ immediate financial security and prevented them from saving enough for later, and Gen Xers endured the loss of housing wealth and other consequences of the recession at higher rates than many other Americans.”

In different cultures, epochal events, as the recession was to Americans, influence consumers differently. Leo Burnett’s managing director, Dheeraj Sinha, wrote a remarkable paper in 2014 – Three Generations, One Big Market: A New Segmentation of India – in which he said the Indian market comprises the Partition generation, the Transition Generation, and the No-Strings Generation. These, roughly, are the Indian equivalents of Baby Boomers, the Gen X and Millennials.

The Partition Generation experienced the epochal event of India’s division and Independence, but their hopes of an upswing in life were dashed. This had them pine for stability and security, of living within their means. They eschewed debts. For the Transition Generation, liberalisation was the epochal event. Negotiating between tradition and modernity, they did not think enjoyment was a sin. Yet they also taught themselves to fly “high with feet on the ground.” Their high EMIs, in today’s gloom, will likely have them think that their parents were wise to have lived within their means.

The No-Strings Generation, born in affluence, finds stability a yawn, divides life and work between what is boring and not boring, and prefers to manipulate the system than rebel against it. Sinha said to me that he expects the No-Strings dudes to continue borrowing for a phone or laptop, even to buy a motorcycle, than take an Uber post-lockdown, post-COVID-19 to evade the contagion. There is always a possibility that COVID-19 could turn out to be an epochal event and alter the mindset of No-Strings and Transition Generations, both saddled with high EMIs. They will have no choice but to believe, like Ernest Hemingway’s protagonist in the Old Man and the Sea, that “man can be destroyed but never defeated.” They will undoubtedly struggle and discover, perhaps, a new way of living – and borrowing and spending.”

The writer is a senior journalist. This article first appeared on Mid-day.com and is being reproduced here with author’s permission. Views expressed are personal.