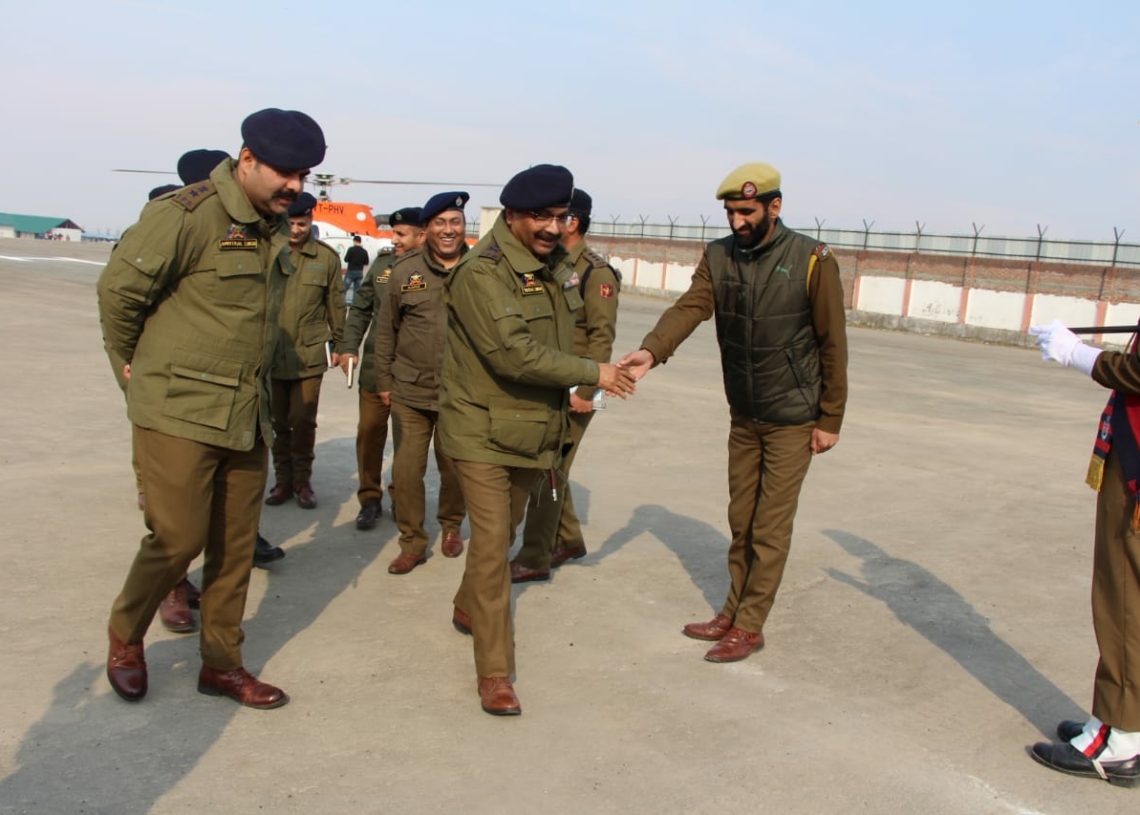 Jammu, Mar 16: The Director General of Police J&K Dilbag Singh Monday said the militancy levels in Kashmir have gone down because of concerted efforts by the security forces.

The DGP was reviewing the security scenario of Shopian and Anantnag, the twin districts of South Kashmir.

The DGP while chairing the meeting of jurisdictional officers in these districts lauded the recent successful anti-militancy operations carried by the police personnel along with other security forces.

He said that with the coordinated efforts of police and other security forces militancy levels have come down “relieving some pain of the masses who have been suffering due to ongoing violence.”

]he DGP said that the work and peace efforts of Jammu and Kashmir Police and security forces have been acknowledged and appreciated by the public at large and the higher authorities of UT & Union of India at various platforms.

“We need to continue our collective work with more planned strategies so that long lasting peace is ensured in Jammu and Kashmir.  Stressing on the better working conditions of jawans, the DGP gave direction for the renovation and repairing of barracks and other buildings,” he said.

The DGP appreciated the synergy among the forces which is “yielding good dividends” and added that “we need to remain alert and vigilant in times to come to maintain peace”.

“We are entering into a critical phase, the officers should maintain good rapport with the people and redress their grievances on priority,” he said.

“The DGP emphasized upon regular briefing and debriefing of all ranks about the ground situation and sensitize them about professional approach to the working. The DGP said that all the logistics have already been provided to the concerned units to improve their working,” a police spokesperson said.

During the visit, the DGP &K was briefed about the present security scenario of Shopian and Anantnag by the jurisdictional officers. The officers also apprised DGP about the measures taken to maintain peace and stability in their respective areas and provided their feedback during the meeting.