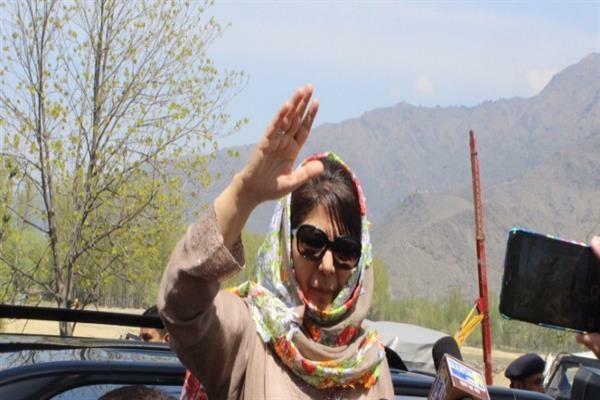 Police sources said the Peoples Democratic Party (PDP) leader was returning after paying obeisance at a dargah in Khiram village when some people stoned the carcade which was on way to Bijbehara town in Anantnag district.

A vehicle was damaged in the incident but security forces immediately cordoned off the area to provide a safe passage to the PDP President, informed sources said.