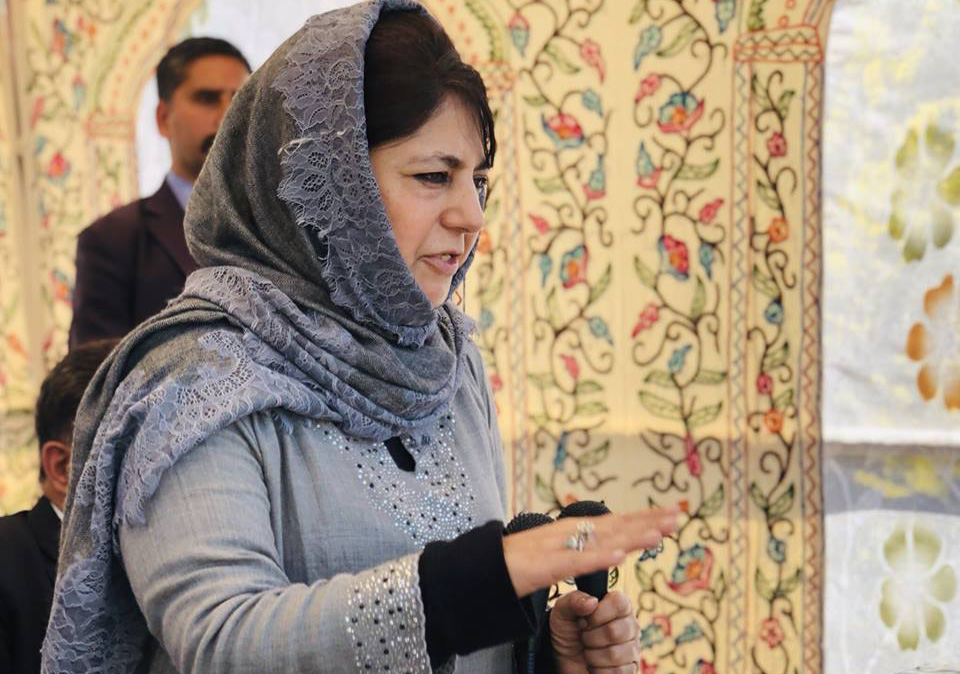 Srinagar: PDP president Mehbooba Mufti Monday accused the BJP of creating a fear psychosis under the guise of national security to prepare for another Balakot-like strike in desperation to win Lok Sabha elections.

“In its desperation to win this election, seems like misappropriation of our jawans sacrifices & polarising the electorate hasn’t helped BJP. Now they are creating fear psychosis by using national security as a guise to prepare ground for another Balakot-like strike,” Mehbooba, who was an ally of BJP in Jammu and Kashmir from 2015 to 2018, said in a tweet.

She was reacting to Prime Minister Narendra Modi’s reference to Pulwama attack and the consequent air strike inside Pakistani territory by India Air Force.

“When they made their second mistake in Pulwama, we entered their home and conducted airstrike. Udhar walon ko bhi samajh mein aa gaya hai ki agar teesri galti ki toh lene ke dene pad jaenge (They also know that if they commit another mistake, they will be in real trouble),” the Prime Minister said at a rally at Moradabad in UP.

In another tweet the former chief minister of Jammu and Kashmir, while reacting to Modi’s speech at Kathua rally, said Kashmir belonged to Kashmiris and was not anybody’s heirloom to inherit.

“Kashmir belongs to Kashmiris. Not anybody’s heirloom to inherit. Self seeking politics is intentionally blurring lines between self & country, exploiting armed forces to grab power, fuelling communal politics & dividing the country in the name of religion. Kuch yaad aaya (do you remember anything)?” she said.

At Kathua, Modi accused NC and PDP leadership of causing destruction in Jammu and Kashmir and said the key for the state’s brighter future lay in removing these two families from power.

“I want to tell those who have occupied the seat of power for the last three generations, including Abdullahs and Muftis, that it is ‘Modi jo na bikta hai, na darta hai aur na jukta hai’ (Modi is not for sale, is not afraid and not ready to bow).

“Bring all your family members on field and abuse Modi as much you want but you will not be able to disintegrate the country. Shyama Prasad’s ideology is ‘wachan patra’ (agreement) for us and it is carved in stone which cannot be removed by anyone,” he added.