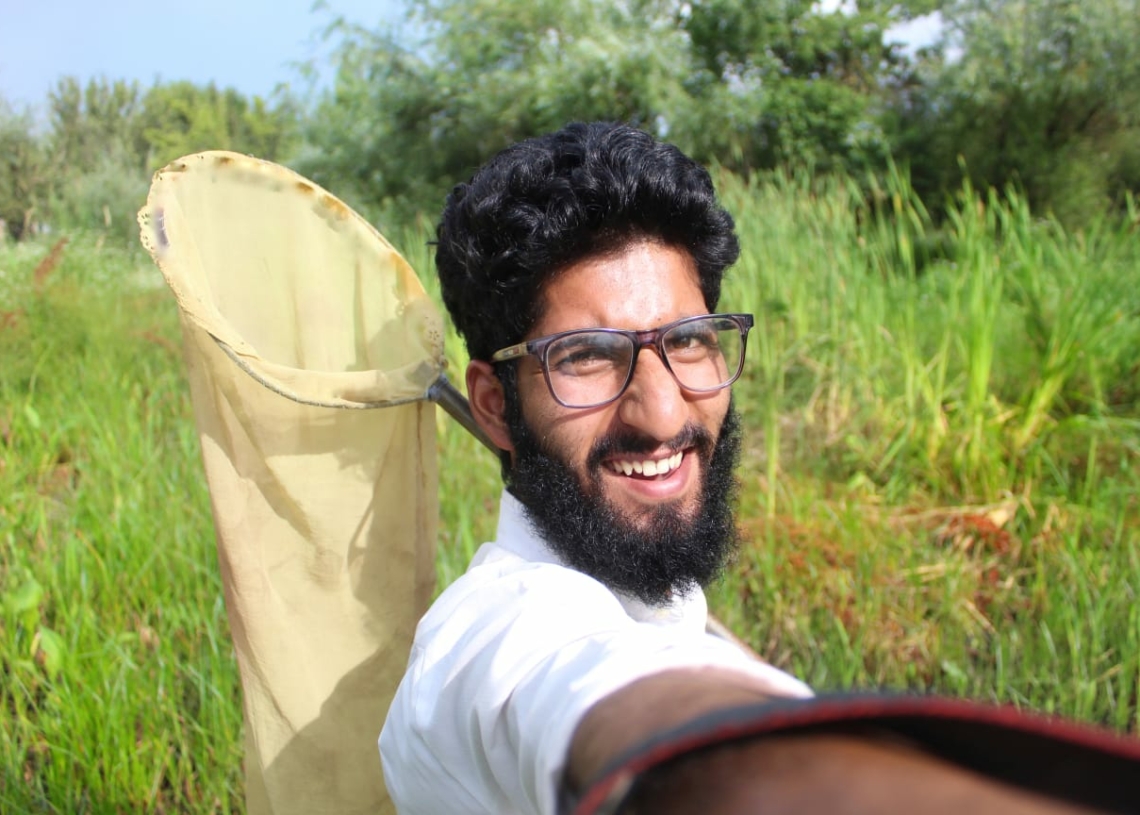 Such was his interest in nature that he would often forget having meals. Little did he know that these flies would make him famous one day.

Suhaib has become one of the youngest recipients of the Young Naturalist Award from Sanctuary Nature Foundation, a reputed organization working for wildlife conservation.

A B.Sc student at Sopore Degree College, he has been awarded for discovering and documenting endemic flora to fungi and two-winged flies scientifically known as Diptera.

He is one among the three young naturalist awardees including Anurag Karekar and Ridhima Pandey to have been awarded by the Sanctuary Nature Foundation on January 30.

Sanctuary Nature Foundation described Suhaib as intrepid explorer, roving scientist, and wondrous inquirer of the wildlife in Jammu and Kashmir.

Suhaib described the award as a feat for coming closer to nature. He said the award will encourage him to do extensive researchers on the flora and fauna of Kashmir.

“This award is the outcome of my childhood interest in plants and flies. Since I am yet pursuing my bachelor’s degree in science, it will encourage me to go further deeper into the wildlife of Kashmir,” he told The Kashmir Monitor.

Suhaib, who is also the co-founder of the Center for Biological Diversity of Wild Life Conservation Fund has numerous achievements to his credit.

Since 2016, he has been working professionally as a wildlife researcher. Despite being an undergrad, he has worked on plant systematics, fungi , and different types of wild flies.

“I have reviewed a manuscript for the journal of threatened taxa. I was a Consultant Fungi expert of one of the largest open-access online databases that focus on biodiversity and flora of India. I contributed natural history information to several other online databases including SpeciesFile.org, ASCO France, and Mushroom observer,” he said.

Suhaib said that he is aiming to popularize the concept of citizen science work in Kashmir to research and document the species that are facing extinction.

“I want to inspire students towards understanding taxonomy before few of species extinct. The sole aim is to bring a research journal page to the public domain and popularize citizen science work in order to explore our rich flora and fauna without having a Ph.D. degree,” he said.