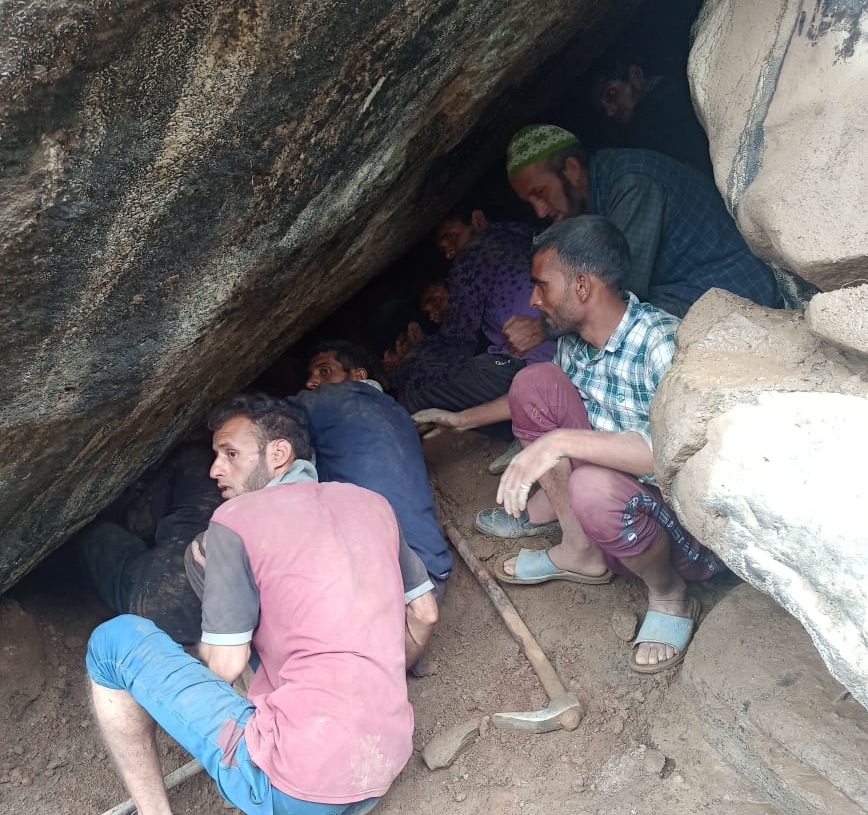 Srinagar: A 35-year-old man was killed after a fresh landslide triggered by heavy rainfall hit Kotli village of Manjkote in Rajouri district on Wednesday.

The landslides also damaged a number of roads and bridges in areas of Rajouri and Poonch districts.

Officials said that a landslide hit Kotli village area of Manjakote in Rajouri district in which a 35-year-old Shokit, son of Mohammad Hussain of Kallar village of Mendhar was killed.

“His body was recovered from the debris site by locals of the area,” said officials.

Similarly, many animals were feared to have perished in an incident of cattle shed collapse in Sangiote village near Balakote in Poonch district area. The rescue operation by locals was going on, witnesses said.

Meanwhile, the officials said that heavy rainfall have triggered flash floods in most of the rivers and small water bodies of Rajouri, creating panic among the masses. (KNO)