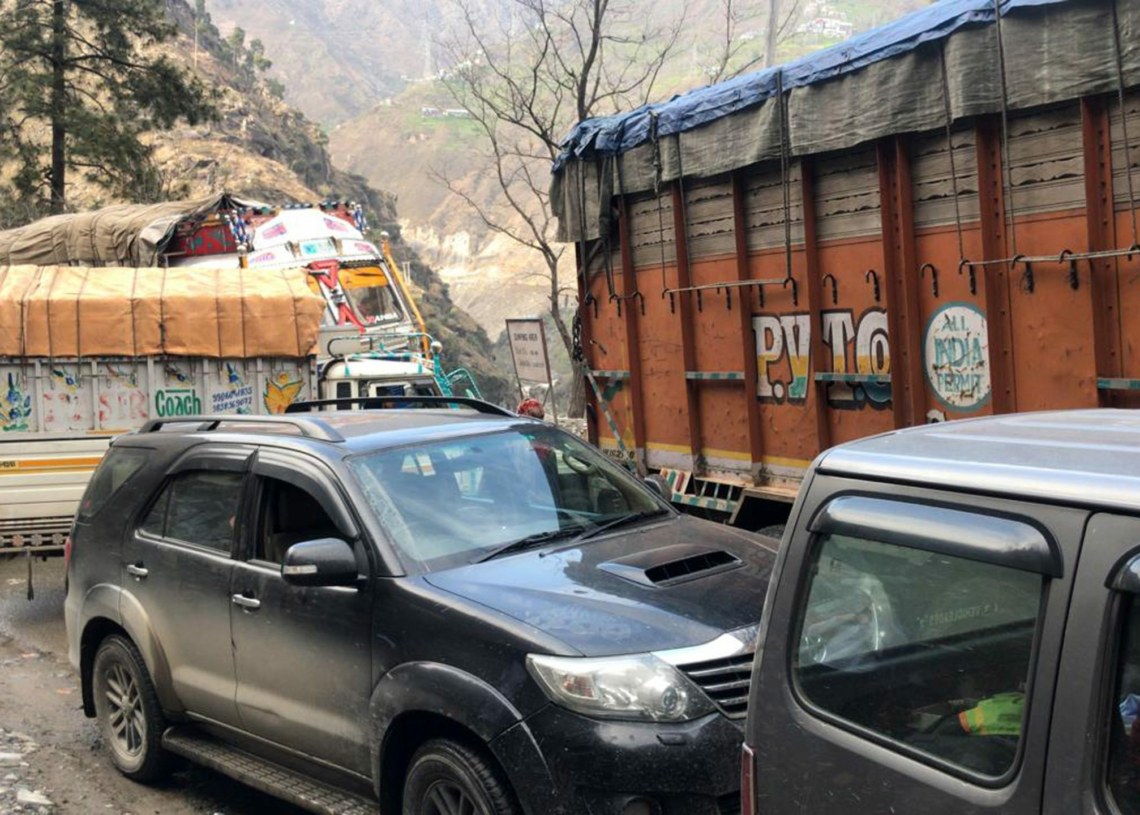 The highway, the only all-weather road linking Kashmir with the rest of the country, was closed for traffic on Thursday after heavy rains triggered landslides, leaving more than 3,000 Srinagar-bound vehicles stranded.

“The road clearance operation is underway at over a dozen places along the Ramban-Ramsu stretch of the highway. A major landslide had occurred overnight between Monkey Morh and Battery Cheshma and will take at least six more hours to get cleared,” Deputy Superintendent of Police, Traffic (National Highway), Ajay Anand told PTI.

He said the road stretch between Nashri and Ramban was cleared of the mudslide, while the snow clearance operation across the Jawahar Tunnel, the gateway to Kashmir, was also completed.

He said with the improvement in the overall weather, the clearance operation was stepped up and the highway is likely to be reopened for stranded vehicles later in the day.

Meanwhile, the stranded commuters rued the slow pace of road clearance operation and basic facilities at the halting stations along the highway.

“There is shortage of earth-movers, delaying the restoration work on the highway. We are only watching one JCB working for over six hours from 11 am,” Faisal Mir, a resident of Srinagar, told PTI over phone from Ramban.

Mir along with his mother and sister reached Ramban on Thursday and spent the night in the vehicle before shifting to a hotel room the next day.

“We were given a green signal for travel in Jammu and only got stranded in Ramban on way to Srinagar. We faced a lot of problems due to non-availability of rooms in the hotels. There was no arrangement from the administration for the stranded passengers,” he alleged.

Mir said the government opened a higher secondary school for the stranded passengers on Friday night, while some people found accommodation in the local mosques.

“The weather is cold and you did not only need a roof over your head this time around. There was a lack of basic facilities and the government should take note of it,” he said.

Mir appealed to the administration to press more machinery to make the road trafficable as early as possible.

Tags: Jammu and Kashmirkashmirlandslidesnational highway
No Result
View All Result