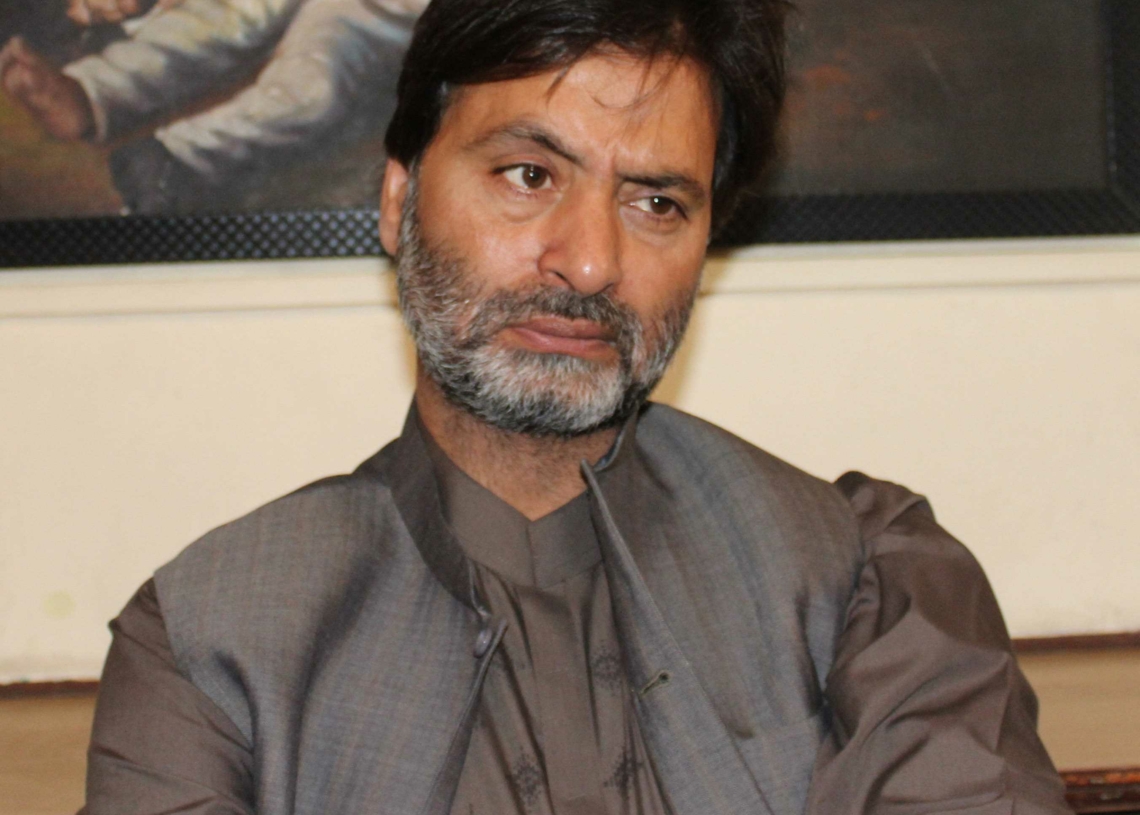 Srinagar, June 12: “Jammu Kashmir has been turned into a police state where every voice of dissent is curbed and crushed by military and police might. This is nothing but undemocratic and unethical,” said JKLF chairman Muhammad Yasin Malik on Tuesday. He also demanded the release of political prisoners so that celebrate Eid with their families.
In a statement issued, Malik while terming the condition of Kashmiri inmates as against the democratic norms said that the way political dissent is being crushed with military and police might speaks volumes about the callous attitude of Indian “colonial mindset” against Kashmiris.
He said that thousands of Kashmiris are languishing in different jails of Jammu and Kashmir and outside states. “From 14-year adolescents to eighty-year-old men to ailing women, all are facing Indian wrath in jails and on daily basis, many more are being arrested and put in jails,” he said.
“India used its forces and agencies like NIA and ED to halt Kashmiri march to freedom but these oppressive measures have failed. Today we have many including senior resistance leader Syed Shabir Ahmad Shah who is suffering from serious ailments in jail, Altaf Ahmad Shah, Shahid-ul-Islam, Ayaz Akbar, Peer Saif-u-ullah, Raja Meraj-u-Din Kalwal, Nayeem Ahmed Khan, Farooq Ahmed Dar, Zahoor Ahmad Watali, and Shahid Yousuf Shah languishing in Tihar jail who were actually abducted by NIA and ED and shifted to Tihar jail under frivolous and concocted charges,” Malik said.
He said many of these lifers have been shifted to hundreds of kilometers away from their home in Jammu and Indian jails to add up to their hardships.
“There are many including Masrat Aalam Butt, Siraj ud din Mir, Abdul Rashid Magloo, Mir Hafizullah, Muhammad Yousuf Falahi, Ameer Hamza, Muhammad Yousuf Mir, Tariq Ahmad Dar, Moulana Sarjan Barkati ,Assadullah Parray, Showkat Hakim Ghulam Muhammad Khan Sopori, Mohammad Raman Khan, Bilal Ahmed, Farooq Thwadi ,Ali Mohammad Butt, Muhammad Yousef, Shakeel Ahmed Butt, Abdul Gani, Mohammad Subhan Wani and others who are in jail under black law PSA or any other charges,” he said.
Malik said there are many more who are arrested on “fictitious” charges like 18 innocent boys from Sher-I-Khaas who have been arrested in DSP murder case and many others.
He said ailing women leaders like Syeda Aasiya Andrabi along with Fehmeeda Sofi and Nahida Nasreen are being “shamelessly” penalized by police since past many days.
“JKLF leaders Siraj Ud Din Mir and Abdul Rashid Magloo are languishing in Kot Bhalwal jail while as another JKLF leader Sheikh Nazir is also serving a life sentence in same jail,” he said.