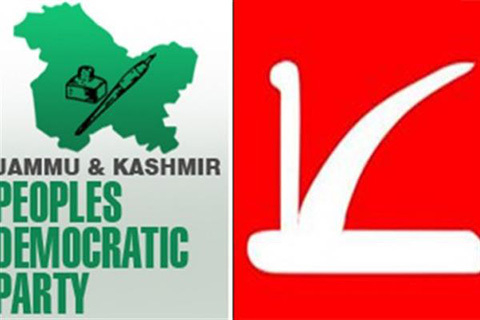 Srinagar, Nov 07: Two largest regional mainstream political parties National Conference (NC) and People’s Democratic Party (PDP) have in their separate statements said that the balance of power with regard to regional and religious representations has not been maintained in the mini cabinet of Governor Satya Pal Malik comprising his four Advisors, Chief Secretary and Governor himself.

National Conference veteran and party General Secretary presently MLA Khanyar Ali Mohammad Sagar said “though we don’t want to cast aspersions on the working of Advisors or chief secretary but we deep regrets would like to say that the balance of power in terms of regional and religious representations has not been maintained in State Administrative Council (SAC) comprising of two Advisors from outside the State, one Advisor from Kashmir and one from Jammu. At least two Advisors from Kashmir background should have been in the State Administrative Council.”

Saying that Jammu and Kashmir a secular state and India a secular country always takes care of the representation of religions and regions in the institutions of governance, Sagar said “In past also we had governors but they used to maintain balance of power in the State Administrative Council with adequate number of Advisors from local IAS background and an equal number from other parts of the country or state itself. The Muslim majority character can’t though change if the balance of power is maintained but human ethics demands due respect to the sentiments of the people of every region and religion.”

On Governor’s recent dialogue in Jammu and Kashmir, Sagar said “Governor previously denied to have any mandate for conduct of dialogue but is now committing himself to create a congenial atmosphere for dialogue. He didn’t listen to us on the conduct of municipal and panchayat elections but the credibility of the elections is evident from his statements over the mayoral elections and the results declared now.”

Echoing Sagar on imbalance of power in Satya Pal’s mini cabinet, the People’s Democratic Party (PDP) chief Spokesman told “balance of power in the state administrative council should have been maintained the way it is maintained by the popular governments who take due care of the due representation of every region and religion. The balance of power should be maintained keeping in view the secular character of India as a country and Jammu and Kashmir as a secular state.”