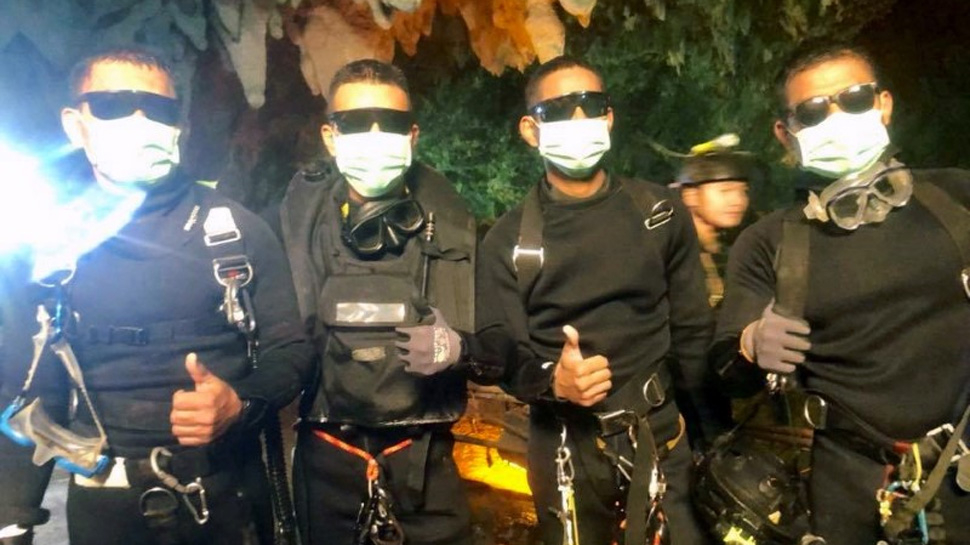 Mumbai :After being trapped for over two weeks in a cave in Thailand, all 12 members and the coach of the Wild Boars football team were rescued. The risky operation which was led by the Thai navy Seals, has been termed as ‘Thailand’s mission impossible’. The rescue team successfully managed to get the boys out through a complicated and narrow exit route.
However, as per reports, the rescue operation could have ended in a disaster. Reports suggest that the water pumps draining the area failed just hours after the last boy had been evacuated. The divers and rescue team was still more than 1.5 km inside the cave when the main pump failed. The failure of the pump that had been siphoning water out of the cave led to a rapid rise in water levels.
The divers involved in the rescue mission recalled that they heard screaming and saw a rush of head torches from deeper inside the cave as workers struggled to reach dry ground. All members of the rescue team were successfully able to wade their way out of the cave.
The rescue team which was collecting the equipment rushed out to safety leaving behind hundreds of air tanks. Some of these belonged to the SEALs while others had been donated by the king of Thailand.
Thailand’s Navy SEALs, who were central to the rescue effort, celebrated the feat with a post last evening that read: “All the thirteen Wild Boars are now out of the cave,” ? a reference to the boys’ soccer team. “We are not sure if this is a miracle, a science, or what.”
Cheers erupted from the dozens of volunteers and journalists awaiting news of whether the intricate and high-risk rescue mission had succeeded. Helicopters transporting the boys roared overhead. People on the street cheered and clapped when ambulances ferrying them on the last leg of their journey from the cave arrived at a hospital in Chiang Rai city in far northern Thailand near the Myanmar border.
Their joy and relief were echoed around the globe by the multitude of people who had followed the long ordeal.
The first eight boys brought out were doing well and were in good spirits at the hospital. They received a treat on Tuesday: bread with chocolate spread that they had requested.
For now, the boys have been kept in isolation to try to keep them safe from infections by outsiders. But family members have seen at least some of the boys from behind a glass barrier.