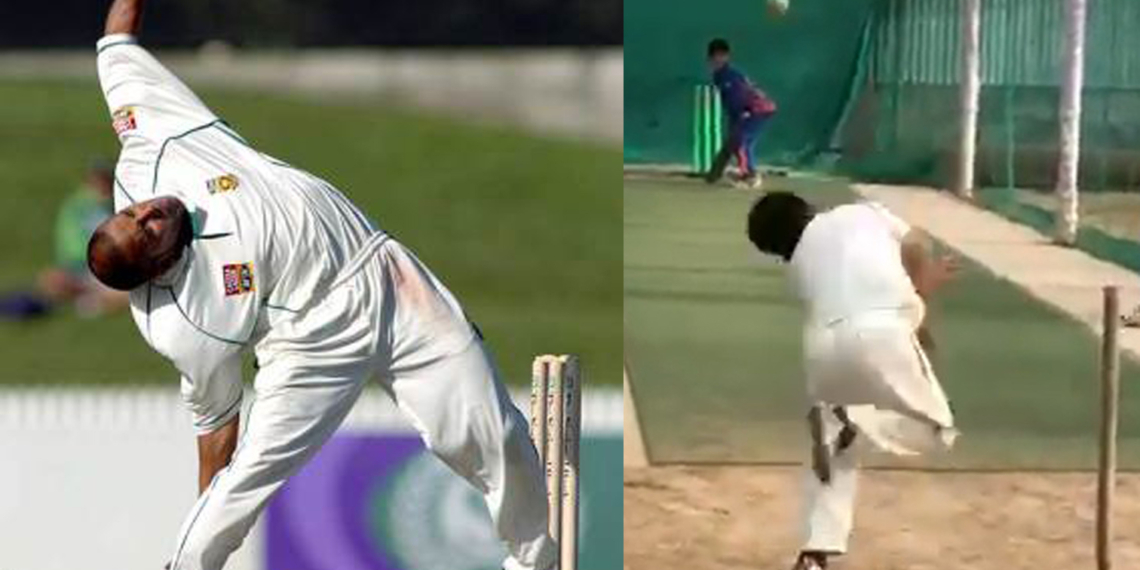 There is no dearth of talent in Kashmir when it comes to cricket, the most loved game in the valley. From speedsters like Umran Malik to allrounder Parvez Rasool, J&K cricket has got its due credit after these youngsters played prestigious cricket leagues of the country.

With this, many have been inspired to make their career in cricket and are currently undergoing training in various academics to learn techniques in various departments of the game.

One such talent is emerging from Ganderbal’s ‘Bastion Cricket Academy’. A minor boy is leaving cricket pundits stunned with his amazing spin bowling skill.

A video of the kid is being shared on Twitter and Facebook, in which he displays his magical cricket skill.

The boy delivers a perfect leg spinner in the nets to a batsman probably during a practice session in the cricket academy, which turns into a wow moment.

In the video, he trundled up and bowled a leg spin, which pitched outside the leg stump and then the ball snakes back in to smash the stumps of the batsman at the other end.

The ball leaves the coach surprised who shouts “O My God”. The boy is joined by his teammates to celebrate the moment.

Paul is known for peculiar action especially the moment when he used to deliver the ball. The video is being shared by the cricket lovers widely who praise the kid for the amazing talent.

In one of the videos shared by journalist Rifat Abdullah, the twitter users have compared the boy’s skill with that of former Sri Lankan cricketer Muttiah Muralitharan and Afghanistan bowling sensation Rashid Khan. Salman Manzoor, one of the Twitter user commented of the post, “Kya Action Hain (What an action.)” The cricket lovers in Kashmir and all across world is eagerly waiting for blockbuster clash between Indian and Pakistan.

They are scheduled to play against each other in the uppcoming T20 World Cup on October 24 in UAE. India and Pakistan will square off for the first after five years in a T20 International match at the ICC T20 World Cup 2021.