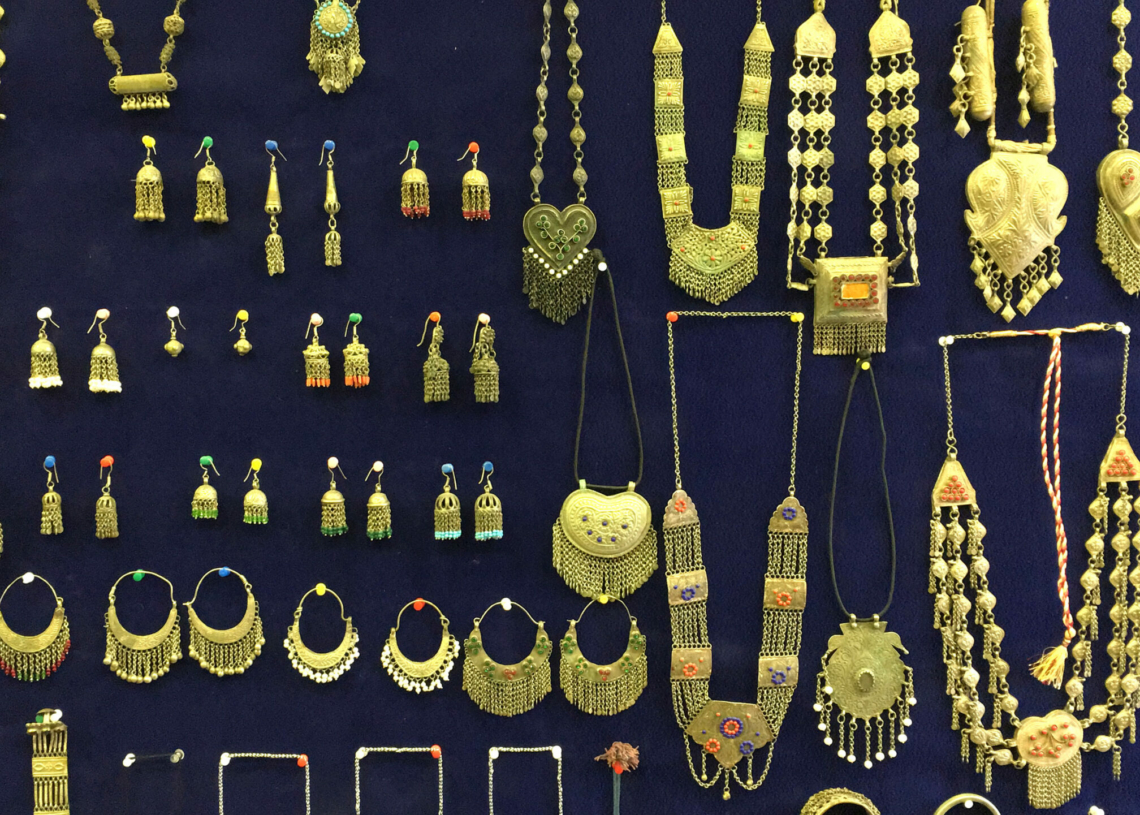 An array of traditional jewellery at Kathwari's shop in Srinagar - Photo: KM/Umar Ganie

Srinagar: Mubashir Kathwari, owner of ‘CORALS – Gems & Jewels’ at the Polo View was pleasantly surprised when there was a sudden spurt in the orders for traditional jewellery.

Kathwari had never watched ‘Ertugrul’ but later realized that the increase in demand for traditional jewellery had been spurred by the popular Turkish television series. Now, finding artisans to meet the demands remains a challenge for him and other jewellers.

Incidentally, Ertugrul had become more popular in the Valley during the first few months of Covid-19 lockdown when people were confined to their homes.

While the demand has upped, Kathwari said there was a dearth of expert artists in making traditional jewellery.

“Most of the artisans’ children did not take to this art. Some designs cannot be revived now. However, we fulfill 90 percent orders…..remaining 10 percent designs are very unique and it is not possible to revive the same,” said Kathwari, whose family has been running ‘CORALS – Gems & Jewels’ since 1954 and happens to be the fourth generation of the famous ‘Kabir Joo and Sons’ jewellers from Zainakadal in the old city.

Farooq Kitaba, owner of ‘F A Collection’ at Dukan-e-Sangeen, Fateh Kadal in the old city said he too was receiving lots of orders inspired by the Turkish series.

“This type of old jewellery was not in demand anymore. These types of ornaments are also worn by the womenfolk of the Gujjar community. But, thanks to ‘Ertugrul’, there has been an increased demand for the traditional jewellery,” he said,

Kitaba too said it was not possible to meet the demand of customers. “Unfortunately, we cannot meet all demands as artisans were not used to do this type of work anymore,” he said.

He said maximum orders were received for silver or metal works for caps, ‘maang-tikkas’, and bracelets. “We do silverwork on caps made from cloth as seen in the Turkish serial,” added Kitaba.

Kathwari too said they mostly received orders for silver jewellery. “There was a time when one would find these artisans at Sarafkadal in the old city but now they are scattered,” he added.