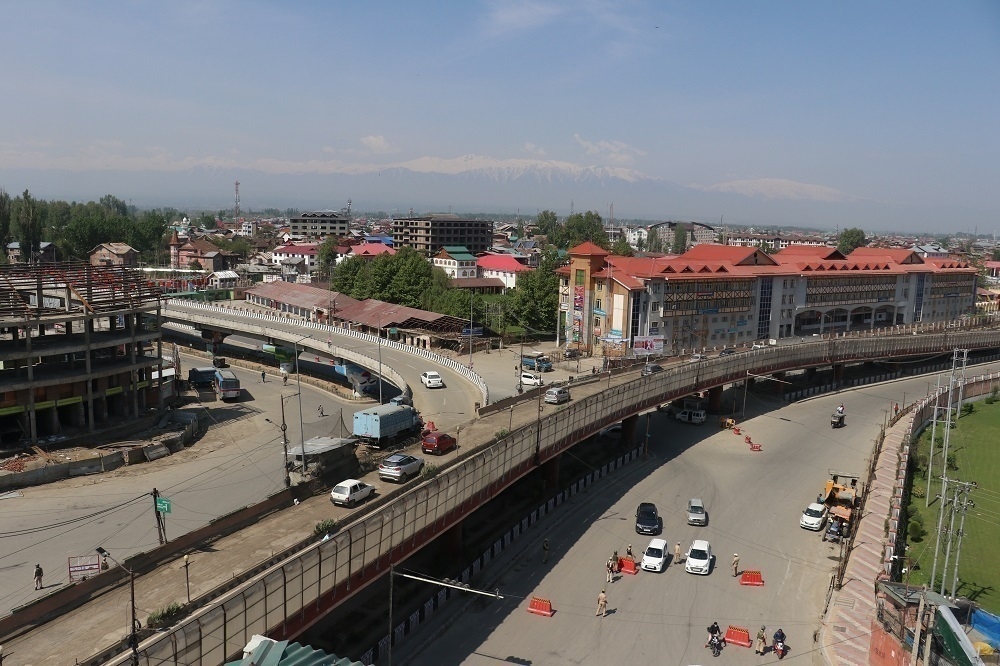 Kashmir Inc. was quick to welcome the government’s Unlock 2.0 after a month of Covid lockdown. Partial hustle and bustle had returned to the markets on Monday last. However, the excitement was short-lived as the lockdown seemed to have returned the next day on Tuesday. There was chaos and confusion as the shopkeepers were directed to shut their shops. The directive to keep shops open on a rotational basis was misread by the traders and shopkeepers. They were under the impression that each shopkeeper would have to open his/ her shop for three days a week. Later they realized that the shopkeepers had to open alternatively on Mondays and Thursdays. Technically, each shopkeeper would be able to open his/ her shop only once a week. There was also confusion over allowing ‘stand-alone’ shops to be kept open for three days a week. The shopkeepers and the business leaders were quick to term the Unlock 2.0 guidelines as a ‘joke’. Both the shoppers and the shopkeepers complained that there was a lack of clarity over the reopening of shops even as the administration maintained there were clear instructions over reopening of shops alternatively on Mondays and Thursdays. Last year when the unlock was announced, there were clear instructions as to which shop would remain open on which days. The government order had then specifically named all shops such as stationary, hardware, apparel, and others while mentioning the respective days of their opening. The present order has asked shopkeepers of only one side to open at a time. Not only will it confuse shoppers but also the shopkeepers at markets where shops are located on one side of the road only. And the government also needs to allow the reopening of each shop at least three times a week. Ironically, the shopkeepers of Lal Chowk and vicinity and other prime markets are the worst hit. They stayed shut for a month and now can only open once a week. On the other hand, shopkeepers in the interiors keep their shops open throughout the day. There is no check on shops in the interiors that never followed the lockdown guidelines in the first place. Therefore, the shopkeepers of prime marketplaces have a reason to complain.

This is not the first time traders were forced to shut their businesses due to one reason or the other. Kashmir has a long history of curfews and hartals alongside long spells of unrest. The losses of the community were compounded during the past three years. First, there was a lockdown post abrogation of Article 370 on August 5, 2019, that was followed by two subsequent lockdowns in 2020 and the present year. Successive lockdowns in 2020 and 2021 had dented the Kashmir region’s economy by over Rs. 45,000 cr as per the report released by a Valley-based traders’ body. The report said the manufacturing sector suffered the maximum losses last year at Rs. 3161.60 cr followed by the transport sector at Rs. 2,888 cr. Similarly, the agriculture, horticulture, floriculture, and agriculture sector suffered a loss of Rs 942.4 cr while the livestock sector suffered a loss of Rs. 2234 crore. It said the tourism sector lost Rs 1,292 cr while the hotel and restaurants suffered a loss of Rs 760 crore. Even as the present lockdown is not fully over, traders say each day of lockdown dented the region’s economy by Rs. 150 cr daily. ‘.

At the same time, the business community has also been demanding the release of an economic stimulus package in their favour. Various business organizations of late have been calling on government officials with their set of demands.  The Jammu and Kashmir government has not so far announced anything concrete for the business community. And pertinently, the Kashmir Chamber of Commerce and Industries had pointed out that since the union territory of J&K was directly under the control of the government of India, therefore it was the responsibility of the centre to ensure the threat to the businesses and industries was tackled with a comprehensive revival package. The package should cover all affected sectors including the transporters. Private transporters are among the worst affected. While shopkeepers, especially the ones in the interiors manage to open their shops secretly, the bus and Sumo drivers, by and large, make no money during lockdowns. There were reports that several drivers had started scrapping their buses. As per the local Transport Welfare Association, even 2007 model buses had been sold to scrap dealers by drivers to make ends meet. Elsewhere, small-time traders too are going through adverse times. Though packages have been announced in the past as well, the traders have never expressed full satisfaction with the sops announced. And even if a package is announced, it is not going to resolve all issues facing the business community. First and foremost, there should be more relaxation for the traders and shopkeepers vis-a-vis the Covid lockdown. Interestingly, Madhya Pradesh chief minister Shivraj Singh Chouhan had issued a noteworthy message to the residents of the state while announcing relaxations on Tuesday last. “The ‘corona curfew’ has not been lifted. It will continue till June 15. We are only giving some relaxation so that economic activities may also resume while stress on protection from the Coronavirus pandemic continues. Unlock life, lock corona,” he had stated. We too need to have smart restrictions so that we ‘unlock like’ and ‘lock corona’.