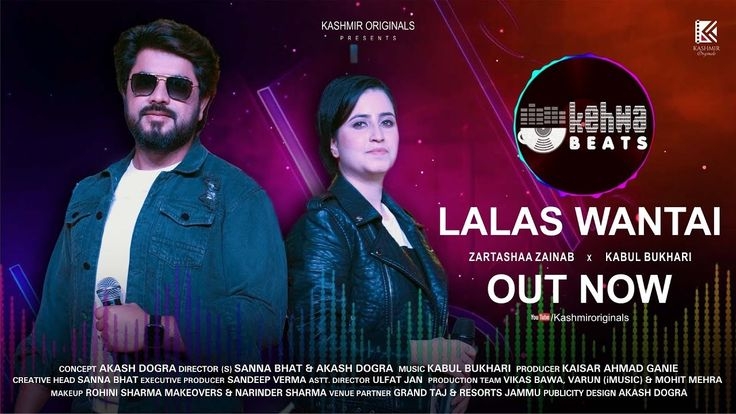 Srinagar: Zartasha Zainab’s mother tongue is Pahari and she usually prefers to belt out Sufi songs in Punjabi. However, her first attempt to sing a Kashmiri song is breaking the internet.

Zartasha, who shot to fame last year with ‘Haider Haider’ released by ‘Tips Industries’ that clocked over seven lakhs views on YouTube alone, said she was overwhelmed by the response to her first attempt at singing in Kashmiri language.

“The response remained very good and I am glad that people liked my first attempt at Kashmiri even though my mother tongue is Pahari and I like to sing Sufi songs in Punjabi language,” Zartasha told The Kashmir Monitor.

Zartasha, who lives in the Srinagar city only, said she would continue to pursue her passion for singing.

“I will continue to pursue my passion for singing as of now. However, I don’t think I will take it up as a full time career. Though I am presently pursuing graduation at the Amar Singh College and have completed most of my education in Srinagar, we originally are from Uri (in North Kashmir’s Baramulla district),” she said.

Her rendition of ‘Lalas wantai chu sawaal’ has so far clocked nearly 2.6 lakh views on YouTube and is being widely shared on other social media platforms including WhatsApp and Facebook. Towards the end of the video, popular singer Kabul Bukhari too can be seen joining Zartasha.

The popularity of the song produced by ‘Kaisar Ahmad Ganie & Kashmir Originals’ can be gauged by the response received on social media.

Another listener Zehra G commented: “Out of this world. From music to video everything is exceptional. Kudos Kashmir Originals (sic).”

Few listeners said they were glad that the song was breaking the cultural ‘barriers’ in Jammu and Kashmir.

“So glad to see jammuites and kashmiris are working together and breaking the barriers.. Dogras , pahadis , kashmirs on the same platform.. Music is really the adhesion (sic),” said Ruhal Malik.