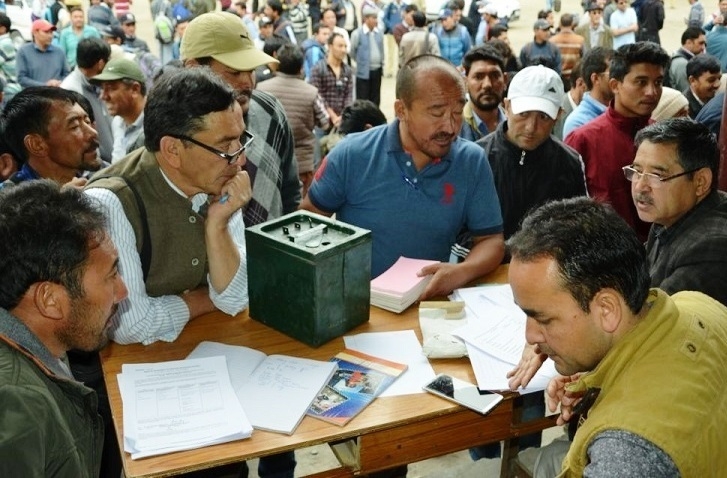 Leh: Amid 3-tier security, the counting of votes for Ladakh Autonomous Hill Development Council (LAHDC) is underway within a ‘stong room’ in Leh.

An official said that the counting of votes has started after the EVMs were brought to the counting room constituency—wise.

He said that in presence of officials and agents, the counting is underway constituency—wise. Also, adequate security arrangements has been made at the strong room.

“The counting is going on as of now and is expected to end soon,” the official said.

Pertinently, it was for the first time that Electronic Voting Machines (EVMs) were used for Ladakh Autonomous Hill Development Council (LAHDC) election in the region.

The election witnessed a total poll turnout of 65.07 percent with 94 candidates from three political parties in the fray along with independent candidates —(KNO)

Accession of J&K with India final and complete: Jitendra Singh