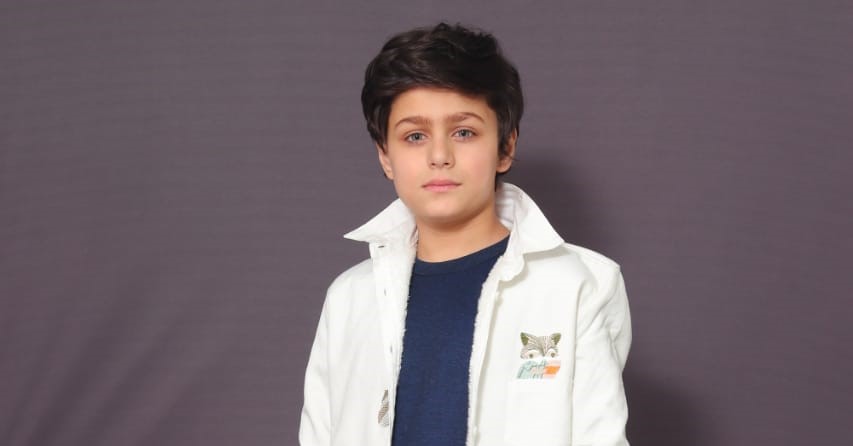 Srinagar: Nobody in his family had done acting before but Ahmad-ibn-Umer (10) from Zaldagar area of downtown is awaiting the release of two big movies in Bollywood and Tollywood.

Ahmad, who was in news after being noticed in the recent Laal Singh Chaddha promo, said working with Aamir Khan and other top actors was a dream come true.

“The team of Laal Singh Chaddha had come here for auditions in which I was selected. I was then called to Mumbai where Aamir Khan again auditioned to check if I fitted the role. He then selected me for the role after we stayed in Mumbai for 15 days,” Ahmad told The Kashmir Monitor.

While he said shooting for the film was tough as he had to wake up in the wee hours, Ahmad said preparing for the role was challenging too.

“Before shooting, I was trained for 3-4 months in Punjabi and other skills as I am playing the role of a physically challenged boy.  Later, we did shooting for 6-7 months in Delhi, Mumbai, Himachal Pradesh, Chandigarh, Ladakh, Srinagar, etc,” he said.

Ahmad said after acting in ‘Kushi’ now, he was aiming to firm his foothold in the film industry.

“I have now completed shooting for Kushi in Hyderabad and I am glad that I have already found prominent roles in two more big movies after Notebook. I have also acted in the short film Yumerzal and several commercials. Now, I aim to continue acting and be counted among the top actors in the future,” he said.

His father Umer Maqbool said he was glad that his son had already made a mark for himself.

“Nobody in our family knows anything about acting but Ahmad’s ‘mamu’ named Iibne Sahib was associated with the production houses in Kashmir. And since Ahmad had the looks and was interested in acting, he (sahib) took him for auditions and the rest is history,” Umer told The Kashmir Monitor.

As Ahmad is a class IV student at the Tyndale Biscoe School, Umar said they had received support from the school administration too.

“The school supported us as we did not want Ahmad’s education to suffer. And he mostly shot when there was a lockdown in Kashmir or when online classes were going on. He is an all-rounder and is good at studies too,” he said.

On the reaction from friends and relatives back home, Umer said: “Some are happy but some feel acting in films is not good. Ahmad prays and recites the Quran too and besides acting, he wants to be a footballer. I will support him in all his endeavors.”