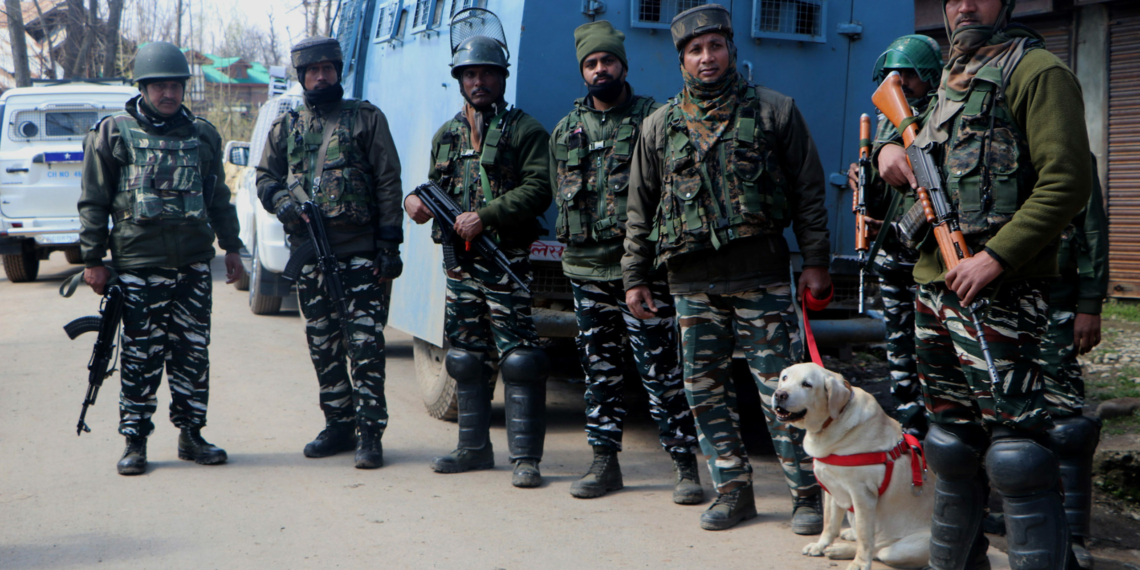 Srinagar, Apr 4: Four Hizbul Mujahideen militants were killed in an encounter with a joint team of security forces in south Kashmir’s Kulgam district on Saturday.

The encounter took place early morning at Hardmanguri of Khur Batpora area in the district.

J&K Police updated about the encounter on its Twitter handle confirming death of four militants.

Earlier, the gunfight ensued after a joint team of army’s 34 RR, paramilitary CRPF and police’s SOG laid a cordon around the area in the wee hours amid “specific information” about the presence of a group of militants there.

“Three militant bodies have been recovered and searches are underway to find body of one more of their associate as the information received pointed out to the presence of the group of four militants,” the officer said, adding that one army soldier sustained minor injuries during the operation and was hospitalized.

Local reports suggest extensive damage to several houses and not just the one where militants were purportedly hiding.

Director General of Police (DGP), Dilbagh Singh said the slain were responsible for recent killings in the southern Kashmir district.

“A group of Hizb militants was killing civilians over the last 12 days. Police were able to track them down today,” Singh told GNS.

“During ongoing Corona Preventive efforts, the killing of innocent civilians by mindless militants was highly barbaric and condemnable,” the DGP added. (With inputs from GNS)