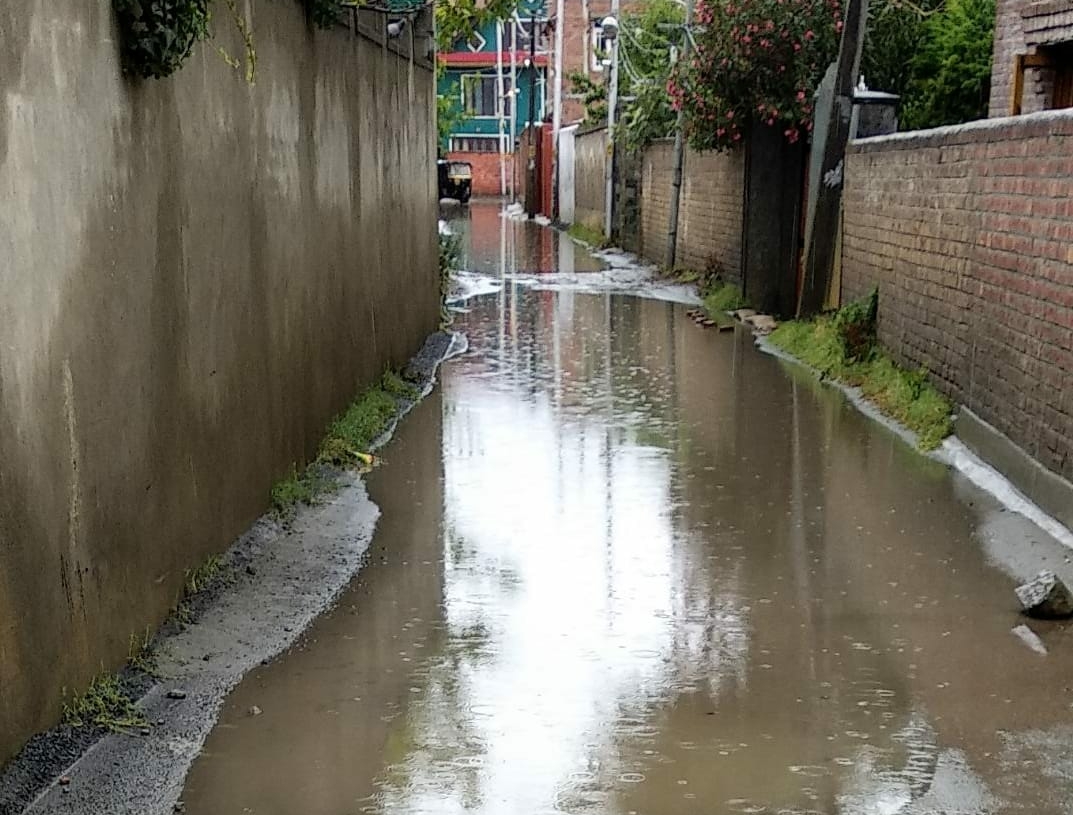 Srinagar, August 16: Considering a news report by The Kashmir Monitor on choked drains at Botashah Moahlla Lalbazar, the Divisional Commissioner Kashmir has directed the Srinagar Municipal Corporation (SMC) to fix the timeline before August 20 to mitigate the problem.
The Kashmir Monitor earlier this week reported a news titled “Three months on, choked drainage has turned this Lal Bazar lane into a cesspool” in which the issues of residents of Botashah Moahlla due to the faulty drainage particularly during rainfall were highlighted.
A letter from Divisional Commsioner’s Office to SMC reads that a press clipping from the Raj Bhavan have come to his office has come with caption “Can we do anything; by when?”
The letter reads that the SMC shall hold a meeting before August 20 so as to resolve the issue and to fix the timeline to mitigate the problem faced by the residents.
The letter has been sent to offices of Commissioner, State Disaster Management and general manager NBCC.
Residents of Barkat Lane in Botashah Mohalla of Lal Bazar Monday reiterated the pathetic condition of the choked drainage system in the area that frequently inundates the streets and causes inconvenience to the residents.
“The drainage got blocked a few months ago. Now the sewage and dirty water overflows in the lane and turns it into a cesspool,” a local representing other residents of the area told The Kashmir Monitor.