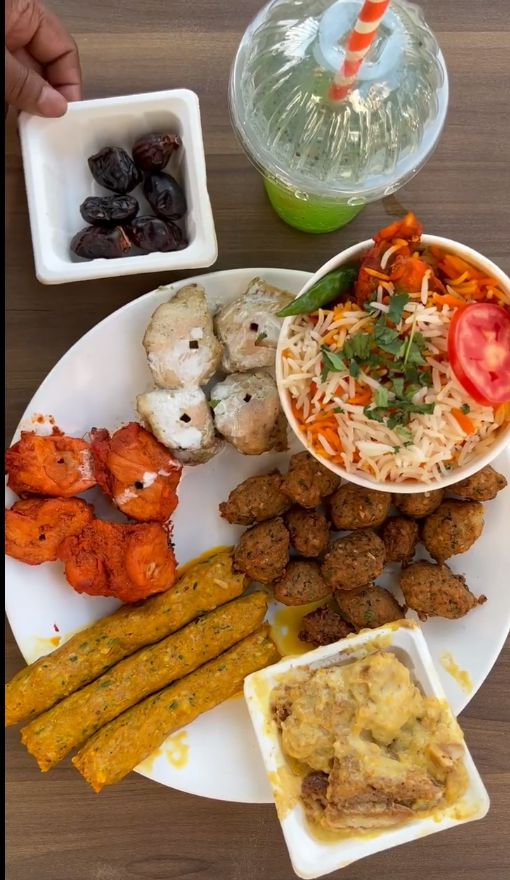 Srinagar: People in Kashmir, by and large, prefer having ‘iftar’ at home, but this Ramadan, old Delhi food has become one of the favorite choices for those who break their fasts in restaurants.

Non vegetarian delicacies like ‘keeme gi goli’ and ‘malai tikka’ that give a feel of ‘Purani Dilli’ besides sweet dishes like ‘shahi tukda’ are in good demand for iftar this year.

“Kashmiris, in general, are not so fond of having iftar at restaurants. They usually break fast at home and rush to the mosque for Maghrib and then return for tarawih prayers soon after dinner. However, of late the number of people having iftar at restaurants is gradually increasing. And the people who eat out now want to try different food. This Ramadan, cuisines that one can usually find in ‘Purani Dilli’ or Mughlai restaurants elsewhere are very popular among foodies,” Valley-based food blogger Omar Rather of ‘Kashmirfoodgram’ fame told The Kashmir Monitor.

He said the restaurants had even designed special iftar platters that had the flavor of ‘Purani Dilli’.

Salikeen, who runs the Nizam’s Restaurant, said they had designed a special ‘iftar platter @786’ that included the cuisines usually available in old Delhi.

“There has been a huge demand for our ‘Iftar Platter @786’ this Ramadan. We provide Khajoor, Sharbat, Keeme ki Goli, Malai Tikka, Chicken Tikka, Kebab, Biryani and Shahi Tukda with this platter. After an increase in demand, we have also started home delivery to nearby areas for iftar,” Salikeen said.

Nizam’s Chef Israil said all the spices had been procured from Delhi only to give a ‘Purani Dilli’ feel.

“We procure all the spices from Delhi to give the exact taste of ‘Purani Dilli’ and Mughlai food. Our chefs too are from Delhi and we are glad that the people in Kashmir are liking our food,” he said.

Omar said authentic Mughlai food was being served at several other restaurants now in the summer capital.

“There was a time when it was hard to find ‘nihari’ in the city-based restaurants. Even if someone served it, it did not have the ‘Purani Dilli’ feel. Now, you will find it in quite a few restaurants that serve authentic Mughlai food cooked by chefs specially flown in from Delhi. There are even restaurants like Nizam’s and Karim’s that exclusively serve authentic Mughlai food in Srinagar and foodies are loving it,” he said.