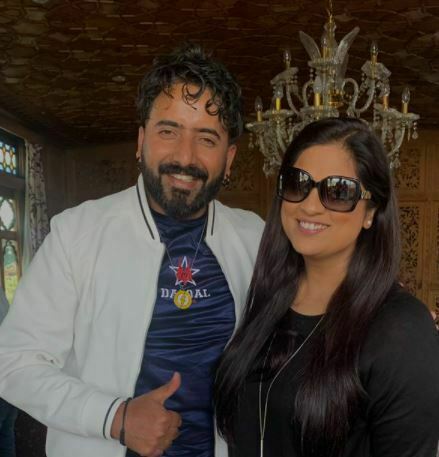 Srinagar, Jun 14: Film crews are back in the Valley to resume shooting for web series and music videos.

Thanks to Unlock 2.0, several Bollywood bigwigs have started making a beeline to Kashmir. Popular Bollywood singer Richa Sharma and model-actor Prince Narula and Yuvika Chaudhary have shot videos in the past week.

“I mostly sing Sufi songs and Kashmir is a place of saints and Sufism. I believe that my genre of music suits this place unlike other genres…We had only 4-5 people on the set and everyone is maintaining the social distance and in fact all of us have been tested for Covid,” she said as per a statement issued by A R Music Studios that organized the shoot.

Stakeholders say they were receiving lots of queries from producers about upcoming projects. “We just concluded two shoots for ad-films by a Bangalore-based production house. During the past one week, few other shootings of other production houses too have taken place. Well-known singer Richa Sharma shot for a Sufi music video a couple of days back and Prince Narula and Yuvika Chaudhary too shot for upcoming projects a week back. Most of the shootings are happening in Pahalgam,” Navigators Productions’ line-producer Sheikh Abdul Wahid told The Kashmir Monitor.

He said there were lots of queries from producers in Punjab and South Indian states.

“We are getting lots of queries from Punjab and Southern states mainly for the shooting of music videos and web series. Producers, who usually go to foreign countries, are unable to go there due to Covid restrictions. Now, they too are looking at Kashmir. Once the number of Covid positive cases come down, lots of crews are expected to come here,” he said.

Deputy Director Tourism Ahsan-ul-Haq Chishti too said they were getting lots of inquiries.

“We are getting lots of inquiries from shooting crews. Let us hope that the Covid situation improves and then we can expect more crews to shoot in Kashmir valley in the future,” Chishti told The Kashmir Monitor.