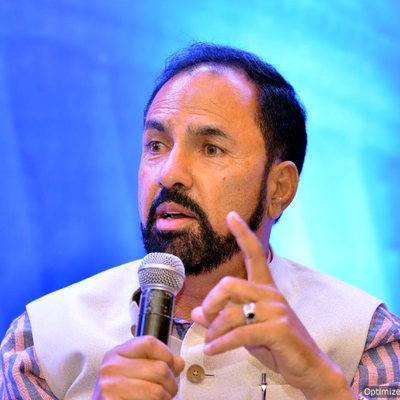 After the meeting speaking to IANS, Laway said, “There are two Chief Ministers and many youths who are under detention and I have demanded that all of them should be released.”

He said that the Prime Minister has assured him of more affirmative action and the detainees will be released soon.

On the question of Pakistan raising Kashmir issue during the video conferencing with Prime Minister modi over coronavirus, Laway said, “We should not take Pakistan seriously.”

Former Chief Minister and Lok Sabha member, Farooq Abdullah was set free on Friday after authorities said his detention under the Public Safety Act (PSA) had been revoked.

Abdullah on Friday promised to be in the Parliament in the next two weeks as he said he is recovering from an eye surgery.

Talking to the media along with Abdullah at the latter’s residence, Azad said India was not famous for its size but democracy. But it was no democracy when three former chief ministers were under detention for over seven months, and the fourth had to seek the Supreme Court”s permission for a visit, he added.

The Union Home Minister Amit Shah on Sunday had announced that the government will formulate a domicile policy for Jammu & Kashmir, a demand many have made since the revocation of its special status last year after meeting with the 24-member delegation of the newly formed Apni Party led by Altaf Bukhari in New Delhi.

The Home Minister assured the delegation that Jammu and Kashmir will have a better domicile policy than other states in the country and a reasonable economic development policy will be drafted soon after widespread consultations, official sources told IANS. (IANS)