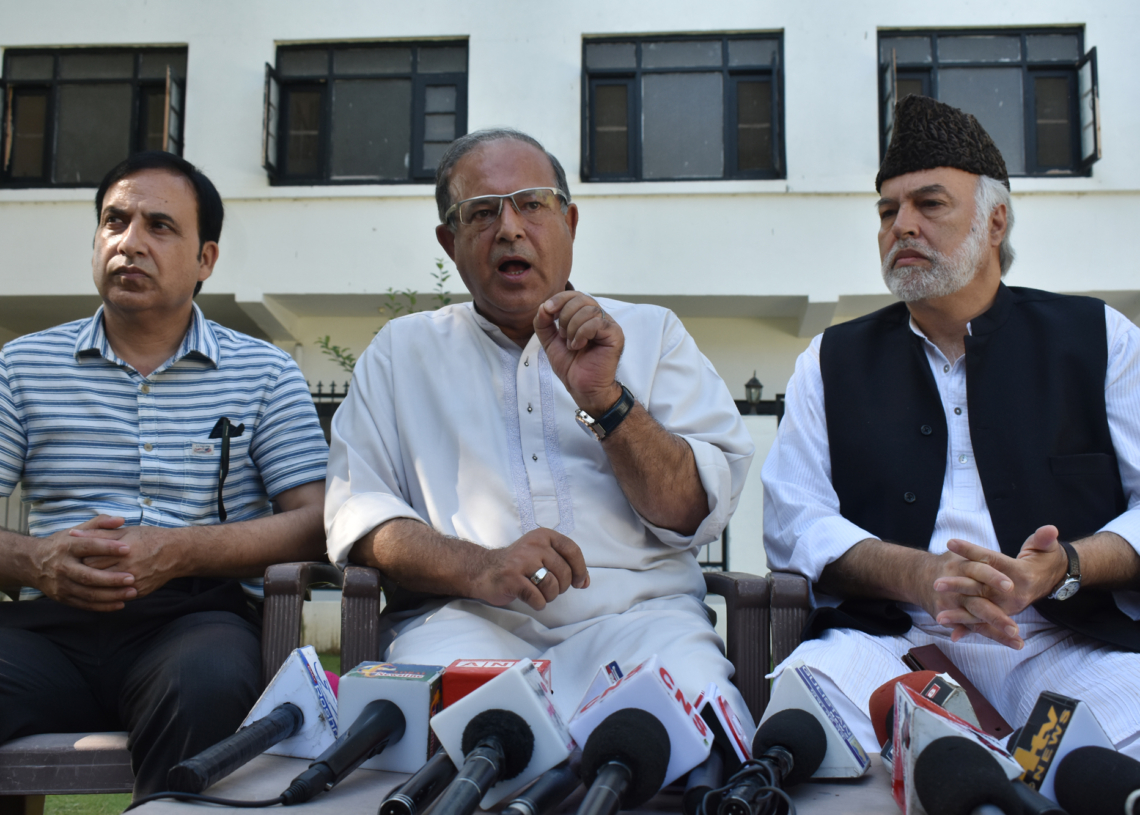 Srinagar, Aug 16: Civil Society Group ‘We the People’ held a meeting with senior Congress leader Tariq Hameed Karra at his Shivpora residence. The agenda of the meeting was Article 35A. During the meeting it was reiterated that all sources will be utilized to defend this article.
Besides Tariq Hamid Karra, Awami National Conference Senior Vice President Muzaffar Ahmed Shah, Advocate Javaid Ahmed and Chairman All Parties Sikh Coordination Committee Jagmohan Singh Raina were present in the meeting.
Shortly after the culmination of meeting, Tariq Hamid Karra told reporters that it is the responsibility and obligation of ever soul residing in Jammu and Kashmir to defend Article 35A. “We welcome those people from Jammu and Ladakh who have come forward in defense of this Article,” he said and accused BJP and it supportive fringe groups of using court to create disturbances in Kashmir.
“There will be bloodbath in the state if Article 35A will be tempered by any means,” he said and appealed government of India to improve situation instead of worsening it by tinkering with the law that accords special rights and privileges to citizens of Jammu and Kashmir.
Karra urged that Supreme Court should dismiss the petition filed by an RSS backed lesser known NGO. He said the Article 35-A is an issue concerned with the future of the people of Jammu and Kashmir and the need of the hour is to vehemently defend it.
On this occassion Muzaffar Shah appealed all political parties including mainstream and pro-freedom groups and Bar Association to struck a chord and unite for safeguarding the Article 35A.
“This is the litmus test to our national unity and resilience and we must join hands to protect the state subject laws and resist the judicial onslaught,” he said.
Jagmohan Singh Raina said that: “Governor being the constitutional head of State is under the oath to protect the constitutional and legal status of J&K,” he said and added that they will take every step to defend the constitutional rights to the people of Jammu and Kashmir,” he said.
In July 2014, a rightwing-affiliated non-government organisation, ‘We the Citizens’, filed a petition in the Supreme Court challenging Article 35A.