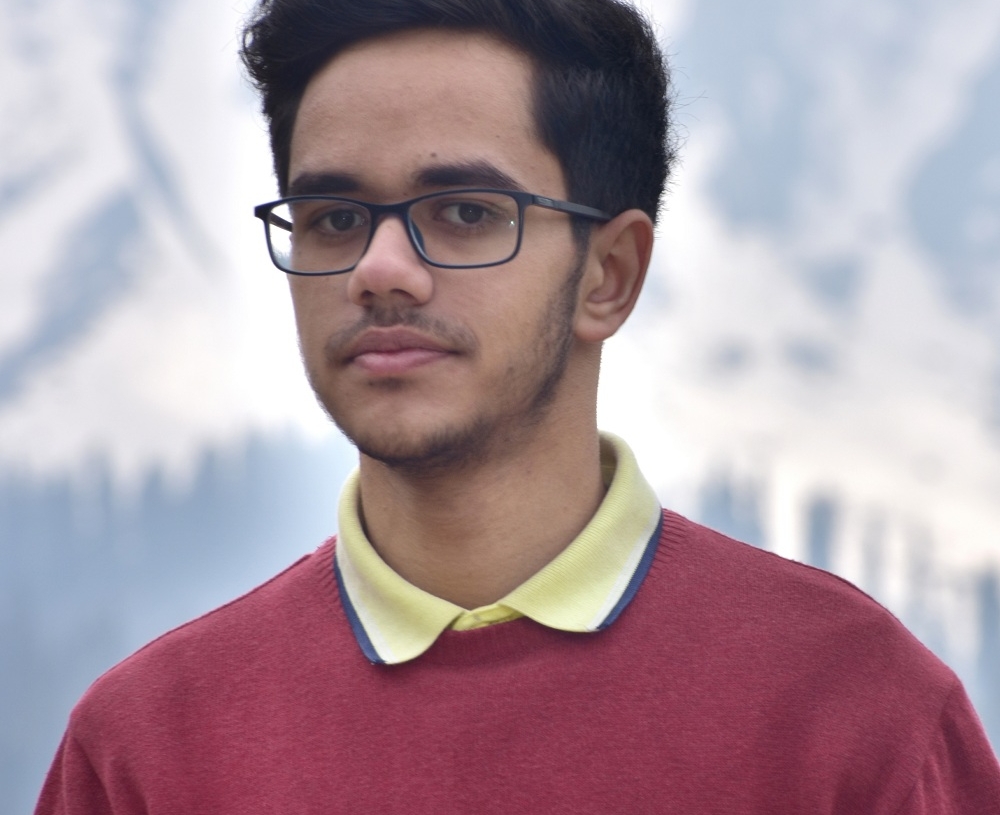 Srinagar: “I only predict but Allah decides” reads the bio on ‘Kashmir_weather’, an Instagram page with nearly 30,000 followers. For Faizan Arif, its 19-year-old admin, weather prediction is a passion he has been chasing for years now.

The young lad from Srinagar’s downtown says he prepares an alternative weather prediction report based on around 12 to 15 weather models he studies each day.

As one speaks to Faizan, he refers to sophisticated weather models across the world with an adeptness that makes one feel like he is listening to an actual weatherman, or to put it precisely the famed Sonam Lotus of the local meteorological department.

“Each day, I go through reports by UKMO, GFS, CMC GDPS, ECMWF, ICON, Access Global and others to understand the weather pattern and then try to put forward a weather prediction report based on the mean of all of them,” says Faizan who has recently passed his class 12 exams.

The models he refers to are some of the most advanced in the world of weather forecasting.

For instance, the Global Forecast System (GFS) is a weather forecast model produced by the National Centers for Environmental Prediction (NCEP) in Maryland USA. Similarly, the UK-based European Centre for Medium-Range Weather Forecasts (ECMWF) is an independent intergovernmental organisation supported by most of the nations of Europe. And then there is the Canadian Meteorological Center (CMC) which produces a global computerized weather forecast model twice daily.

The India Meteorological Department, Faizan says, usually follows US based GFS model and “probably two or three others”.

While he doesn’t have the sophisticated equipment to match the local Meteorological department, Faizan claims his analysis is equally and “sometimes even more accurate” than the MeT report.

“Humidity, temperature, wind direction, rainfall: I keep an eye on all the aspects as weather can change very quickly,” he says.

Faizan, however, adds that the local MeT department has the equipment and expertise to predict the exact cloud cover and the real-time weather changes using the radars.

“Their reports are crucial for aviation sector,” he says.

Faizan’s interest in meteorology was “something natural”.

“When I was 10, I used to wait near my window to see the lightening and hear the thunders; the pattering of rain on roofs and changing formation of clouds – they all used to amaze me,” he says.

“I found a sea of knowledge in the weather models; I started analysing them, learning wind direction symbols, data interpretation, weather patterns,” he says.

The Kashmir Monitor spoke to Faizan on Thursday and asked him about his weather prediction for the next few days.

“It will remain cloudy and rains would begin by Friday noon. There is a western disturbance causing the same,” he said.

Asked to explain what ‘Western Disturbance’, a term Kashmiris are now used to hearing, actually meant, the young weatherman said it was an extra-tropical storm that originates in Mediterranean Sea and then through countries like Iran, Afghanistan and Pakistan, enters the Indian sub-continent.

Faizan says he is lucky since his parents, especially his father who is a pharmacist, encourages him to follow his passion.

“In fact my relatives and friends now know me as the go-to person for all their ‘kal kya mausam hoga’ queries. On a lighter note, they call me Faizan Lotus,” he says and smiles.

Faizan, whose favourite subjects are Mathematics and Physics, has even done his homework on choosing meteorology as a career.

“Leave J&K, not a single college across India offers Bachelors in Meteorology,” he says.

To know how he needs to approach the subject, Faizan has met officials at MeT Srinagar as well as the IMD centre in Lucknow, who suggested him to choose physics as a subject in his graduation.

“Once I complete my graduation in Physics, I can opt for M.Sc Meteorology, which is offered by a few universities in India,” he says.

Faizan has also received jibes by people who criticise his work since they believe “weather forecasting is anti-Islamic.”

“To all of them, I say only Allah know and decides what will happen at any point. I only predict the weather based on the knowledge Allah has given to us. Ilm to Allah ne hi atta kya hai,” he says.