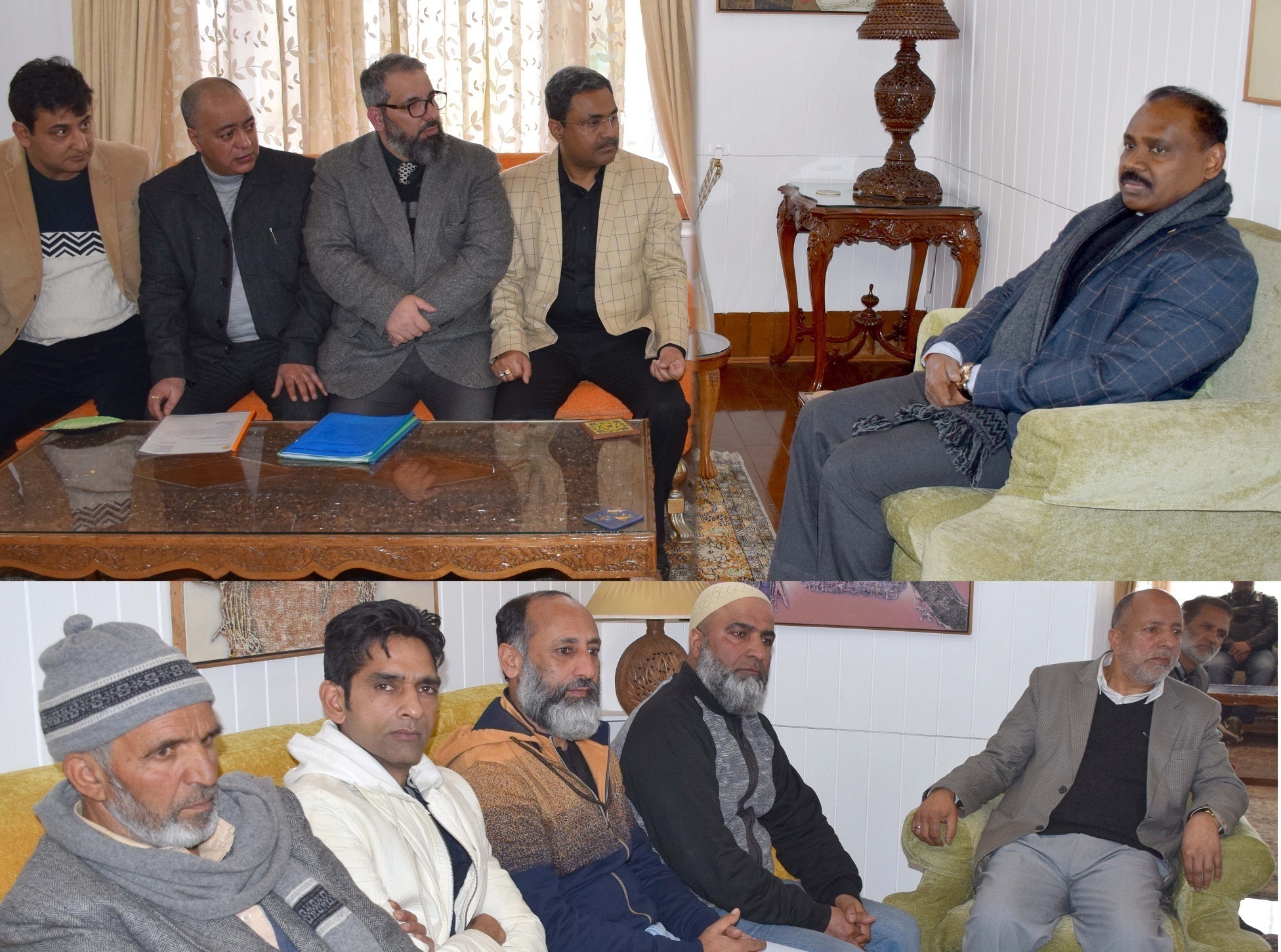 While interacting with the members of the delegation, the Lt Governor observed that the Jammu and Kashmir would soon have its own redefined Industrial Policy which would provide comprehensive plan for development of Industrial and Trade sectors here. He said that the Government would develop industrial areas and provide a suitable environment for its growth and is taking several initiatives to promote J&K as an investment destination.

Responding to the pleas made by the delegations, the Lt Governor said that Pashmina, Handloom, Handicrafts and other allied sectors were the backbone of the economy of Jammu and Kashmir and Government was taking every possible measure to streamline the sector in J&K.

He asserted that J&K’s handicrafts are world famous and the traditional handicraft industry has emerged as a large industry. He said that due to its large employment base and exports potential, the industry has been receiving priority attention of the government.

He urged the stakeholders to come forward and list the grievances and grey areas in their sectors so that a holistic view can be taken to bolster the economy of Jammu and Kashmir.

The trade body members from all the Kashmir districts including, Srinagar, Budgam, Baramulla, Gandrbal, Kupwara, Bandipora, Pulwama, Anantnag, among other districts were part of the delegation.