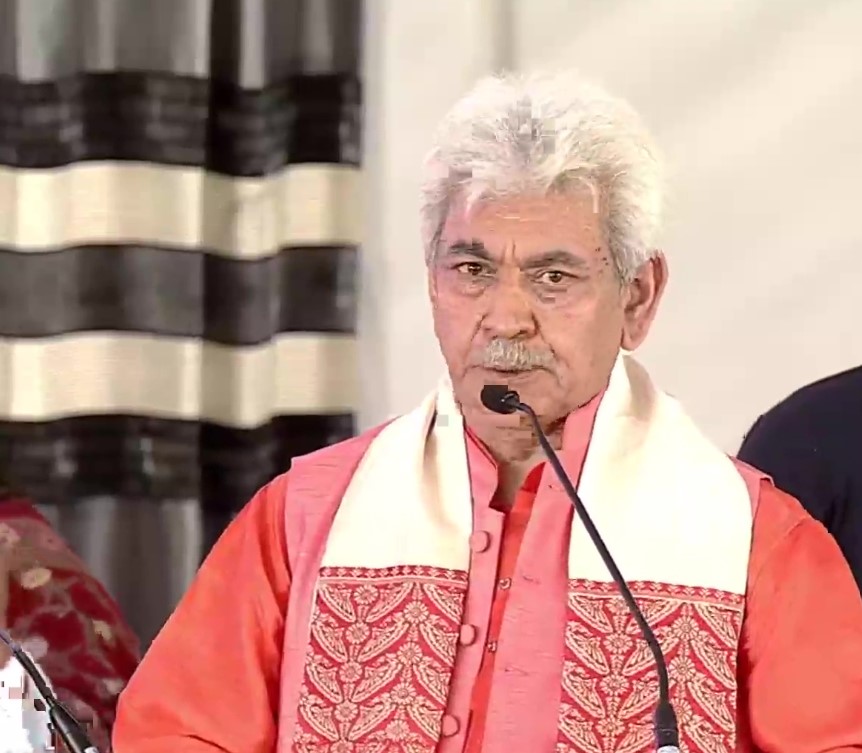 Addressing a massive rally in Pali area of Samba district in Jammu, LG Sinha said, while welcoming the Prime Minister Narendera Modi, said that it was for the first time that entire India right from J&K to Kanyakumari was having one flag and one leader, “who is today in front of us.”

“For the first time, we are seeing a full-fledged three-tier Panchayati raj system in place,” LG Sinah said. He said that post 1947 only, 15000 Cr investment reached J&K while as today, there are proposals worth Rs 52000 Crore with the J&K government of which RS 38000 Crore investment proposals are being inaugurated by the Prime Minister today.

“In the next few years, we will achieve the target of Rs 70,000 Crore investment and almost 7 to 8 lakh youth will get jobs,” LG Sinha said. Speaking on the occasion, MoS in PMO Dr Jitendera Singh said that under the leadership of PM Modi, people of J&K saw real “self-rule” flourishing in the UT and every segment is flourishing and people reaping peace dividends—(KNO)