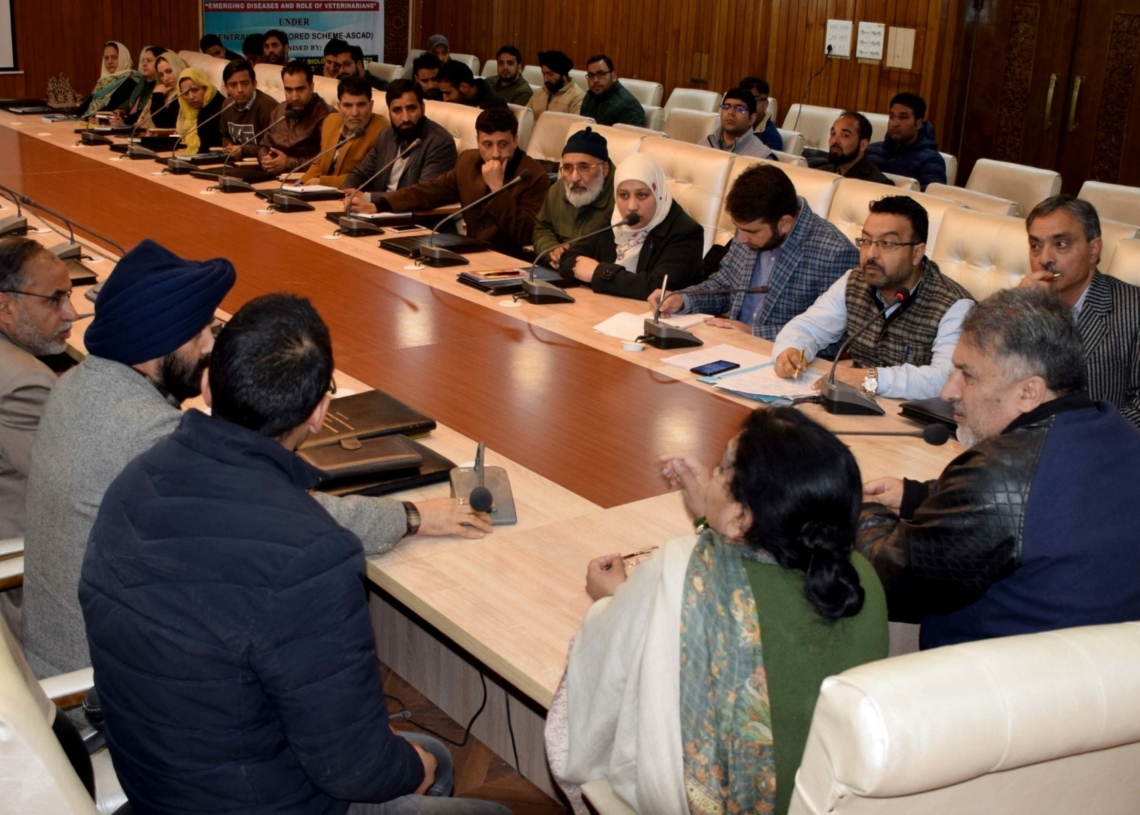 Srinagar, Feb 27: At a time when white revolution is gaining momentum across India, Jammu and Kashmir Government is taking all possible measures to keep the pace—producing 70 lakh litres of milk per day, besides strengthening the public private partnerships.

“White revolution is becoming popular and we are also marching on the path. We are doing our best to achieve the target and rope in thousands of successful farmers across Jammu and Kashmir,” Samoon said. “In Jammu and Kashmir thousands of farmers and budding entrepreneurs have been hugely benefited from the dairy farming and we are encouraging more youth to join the sector,” he said, adding “South Kashmir produces milk in bulk.”

While demand for dairy produce across the country is growing, the price of milk across Jammu and Kashmir is also picking up.

“There has been lot of challenges in this sector. We are working out on all the modalities and trying to prepare a roadmap to help the dairy farmers and other associated with this sector,” Samoon said.

The Principal Secretary informed that as per the 20th Livestock Census conducted in 2019, Jammu and Kashmir has a livestock population of 82 lakh. He said Milk Production as per ISS data 2018-19 is 2541 TMT. “For improving milk production and productivity in Jammu and Kashmir, the Department is looking at various interventions including genetic up-gradation of Cattle, Cattle Induction, Fodder Development, Milk Procurement and Processing and Health Cover and Risk Management,” he said.

Dr Samoon informed that Department of Animal Husbandry and Dairying, Government of India has agreed to distribute 15000 Dairy Units of two cows each as a special package for Jammu and Kashmir under the Dairy Entrepreneurship Development Scheme (DEDS) as a beneficiary oriented scheme financed by National Bank for Agriculture and Rural Development (NABARD) through commercial banks.

Dr Samoon said that in order to make milk production profitable for farmers, there was need for establishing Cooperatives to supply it directly to consumers.

“It is easy to produce milk in the Kashmir’s green land, but very difficult to find market. We are working out all the modalities to find a suitable market for the farmers and dairy unit holders,” he said.

He said that dairy-farming has a potential to generate jobs for thousands of unemployed youth in Jammu and Kashmir. “Government’s priority is to promote local milk-processing units,” he said.

Dr Samoon informed that the Milk Production Expansion Plan proposal of the Jammu and Kashmir Milk producers Cooperative Limited (JKMPCL) for raising capacity of JKMPCL from 50,000 LPD  of milk production to 2.5  Lakh LPD in the next three years was also discussed during the meeting.

He said that Jammu and Kashmir Government was focused to review the poultry and dairy sector, informing that the modalities for baseline survey by the National Dairy Development Board (NDDB) and implementation of the Special Package for dairy development projects have been recently reviewed threadbare.