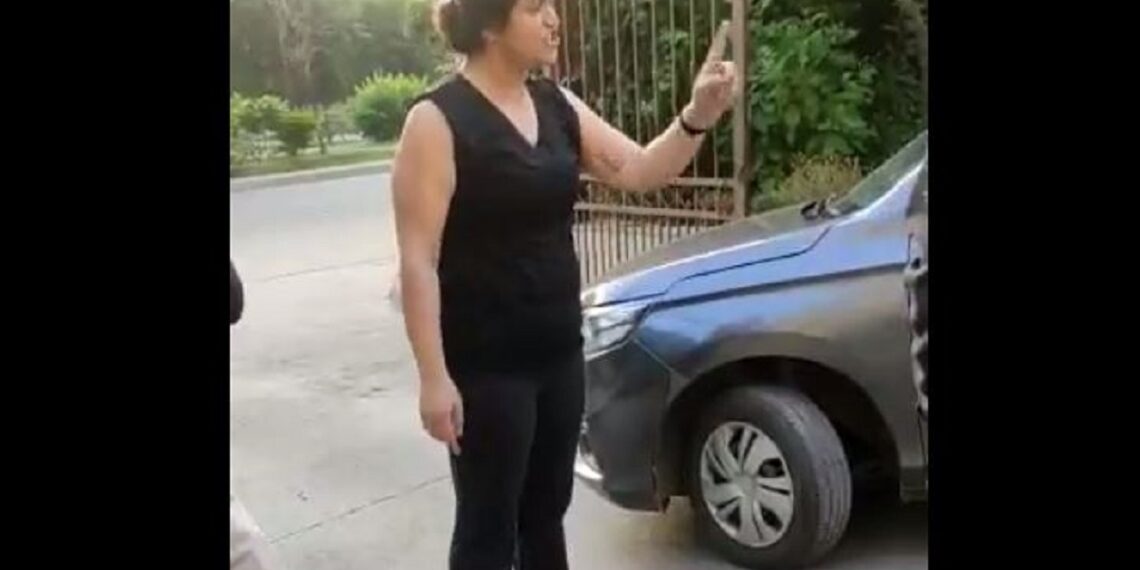 A video of a woman abusing and dragging a guard is going viral on social media. The woman identified as Bhavya Rai is seen abusing the guard and dragging him by his collar. She is also seen making indecent gestures while using expletives to target the guard who, as per reports, had taken some time to open the society gate for the woman.

The incident is from JP Society in Noida and police have taken cognisance of the viral video and initiated legal action against Bhavya.

She has been arrested and placed in 14 day judicial custody.

While it is not sure what riled up the woman, she went a bit too far in her conduct and used a lot of profanity while targeting the gaurds. She called them “Biharis” and followed up with cuss words like “Behen C***”. “Jitne Bihari hai yahan Behen ****, inko sambhalo,” she is seen saying to one of the guards.

The video was tweeted by Nishant Sharma, Bureau chief News1 India. “This is the illegitimate advantage of being a woman, in this video you will see for yourself, due to the delay in opening the gate, the woman got agitated and then gave lewd abuses to the guard, the video is of JP Society of PS Sector 126,” Sharma wrote.

According to DCP Noida Twitter handle, “advance legal action is being taken by registering the case in the said case.”

Netizens called for legal action against the woman for her shocking and racist conduct.

“As many ‘Biharis’ are here sister****, take care of them. This is the biggest abuse I got in this entire video,” said Urkarsh Singh.

Yet another said: “Women Empowerment ! wow! Story of other side. Guard was little late in opening the gate.”

The video has been seen and shared thousands of times on social media since Saturday evening.